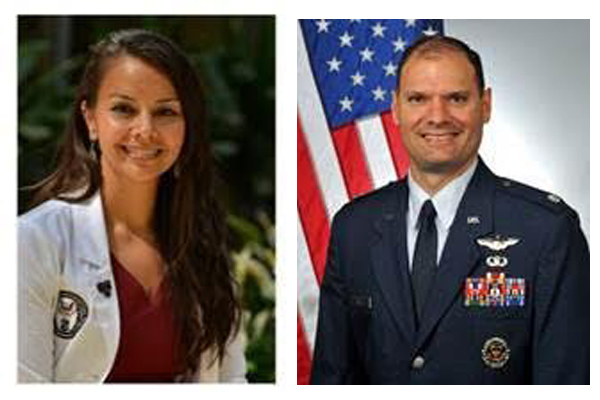 It was followed by an interactive session by Lt. Col. Kevin M Pritz and Dr Meghan-Tomasita Cosgriff-Hernandez of the US Department of Defense Prisoner of War/Missing in Action Accounting Agency (DPAA).


They discussed how the various facets of forensic science and anthropology play a vital role in assisting the DPAA in recovering the remains of missing US soldiers.

DPAA is said to manage the largest forensic anthropology lab in the world, where researches sift through the remains of missing service members from World War II, Korea and Vietnam, then try to match them to DNA and return them to their loved ones.

The Government of India and DPAA have a history of cooperation in this significant undertaking.

With full support from Government of India, the DPAA conducted field activities in Arunachal Pradesh, India from November 1 – December 14, 2016, in search of US World War II unaccounted for personnel.

The DPAA team recovered evidence that was subsequently examined by a Joint Forensic Review Committee comprising both DPAA and Anthropological Survey of India (AnSI) members.

On December 7, 2016, the committee determined that the evidence was possibly correlated to the US WWII service members unaccounted for from that region, and recommended the remains and material evidence be transported to a DPAA laboratory for further analysis.

In June 2017, DPAA personnel will escort the evidence from Kolkata to the US laboratory in Honolulu, Hawaii, for analysis.

This activity marked the seventh mission relating to US unaccounted for personnel conducted in India.