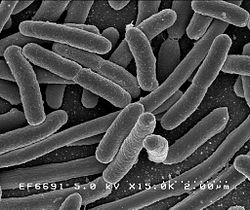 CIFA suspected that the Robin Hood brand flour, sold in B.C., Alberta, Saskatchewan and Manitoba may be contaminated with E. coli O121 and said that any 10-kilogram bags of Robin Hood brand all-purpose flour with a best-before date of April 17, 2018, should be thrown out or returned to the store.

According to CIFA the recalled product was produced at a mill in Saskatoon.

The agency said food contaminated with E. coli may not seem or smell spoiled, but can still cause sickness.

In severe cases of illness, some people may have seizures or strokes, need blood transfusions and kidney dialysis, or permanent kidney damage.