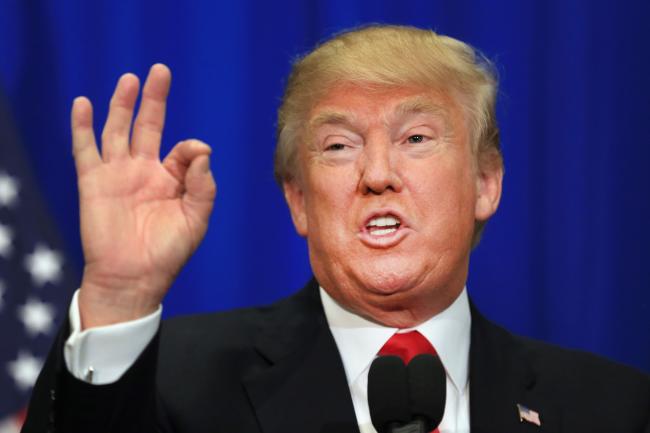 India Blooms News Service | | 25 Mar 2017, 08:41 am
#Obamacare, #Healthcare, #USA, #America, #DonaldTrump, #PresidentTrump, #USPresident, #BarackObama, #Republican, #Democrat
Washington, Mar 25 (IBNS): In what is seen as a defeat to President Donald Trump and exposure of a growing rift among the Republicans, Obamacare, the signature healthcare programme by former president Barack Obama, got a new lease of life after many House Republicans defied their top leadership to keep the law alive.

Trump said House Republicans were 10 to 15 votes shy of getting the bill passed as he blamed the defeat on Democrats. He said he was “disappointed” in hardcore conservatives (the bloc in Republicans against its repeal) who refused to back him on the bill, according to US media reports.

"The best thing we can do, politically speaking, is let ObamaCare explode. It’s exploding right now… Almost all states have big problems," said Trump who in his election campaign had said he would repeal the program as first thing.

Former Secretary of State Hillary Clinton declared that the "victory happened because people in every corner of our country committed their time and energy to calling their representatives, showing up at town hall meetings, and making their voices heard."

Obamacare is a United States federal statute enacted by the 111th United States Congress and signed into law by President Barack Obama on March 23, 2010. Under the act, hospitals and primary physicians would transform their practices financially, technologically, and clinically to drive better health outcomes, lower costs, and improve their methods of distribution and accessibility.

It was assumed that Obamacare would be repealed after Trump decided to trash it but according to CNN reports, a "surprising level of dissent within the GOP ranks has allowed President Barack Obama's signature health care program to live on in the immediate term."

Democrats were jubilant at the failure of the move to repeal Obamacare.

“Today’s a great day for our country,” House Minority Leader Nancy Pelosi said. “It’s a victory for the American people.”