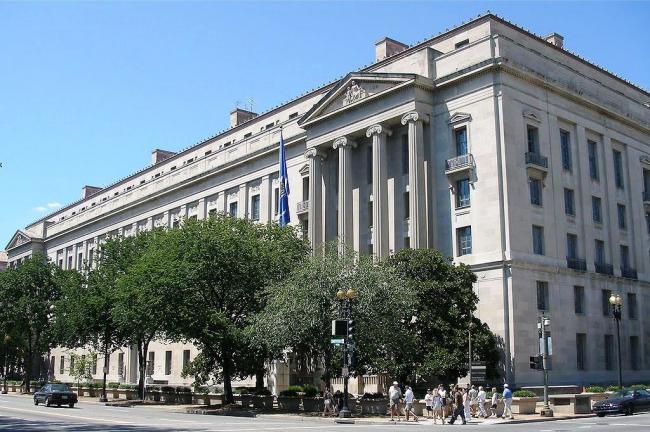 India Blooms News Service | | 19 Mar 2017, 12:32 pm
#U.S.JusticeDepartment, #CanadianResidentSued, # ForeignBankAndFinancialAccounts
Toronto, Mar 19 (IBNS): A Canadian resident has been sued by the U.S. Justice Department for not having filed a form to the U.S. government listing his bank accounts outside the United States, media reports said.

Jeffrey Pomerantz, a Vancouver-area resident with dual Canadian-U.S citizenship, had been sued for the amount equivalent of $1.1 million Cdn.

Pomerantz had filed his income tax returns to the IRS and the CRA during the three years in question but didn't file a second form called the Report of Foreign Bank and Financial Accounts (FBAR).

In the case filed in the United States District Court in Seattle, the U.S Justice Department is seeking $860,300 US in civil penalties, late payment penalties and interest.

Pomerantz had also been accused of not filing a Treasury Form TD F 90-22.1 ("FBAR") for calendar year 2007, 2008 or 2009 to disclose the existence of any foreign accounts, said  Department of Justice lawyer Paul Butler, CBCNews reports said.

It was found out that Pomerantz had different accounts in different countries namely Canada, U.S. and Switzerland about which he had not filed a FBAR form declaring these accounts out of U.S.

There was also a discrepancy of the statements of his stay in a country with the authority records.

There were many mistakes and omissions in Pomerantz's filings to the IRS or the U.S. government which were deemed to be unintentional by Pomerantz's  lawyer who suggested petitioner had prepared his own tax returns incorrectly and had not committed any fraud.

Toronto lawyer Hari Nesathurai said in the past couple of years there had been an increase in cases of the Canadian residents being pursued by U.S. government who haven't filed FBAR reports.

There had been several debates concerning this controversial agreement according to which Canada Revenue Agency (CRA) transferred information about Canadian bank accounts to the IRS, which could result in more Canadian residents being pursued by U.S. authorities for not filing FBAR reports.

Under the agreement, which is being challenged in Federal Court, the CRA had transferred information about thousands of Canadian bank accounts belonging to Canadian residents believed to qualify as U.S. persons under American tax law.

Many of them may be U.S. or dual citizens and others may be born in the U.S. or spend enough time there to be subject to U.S. tax laws.