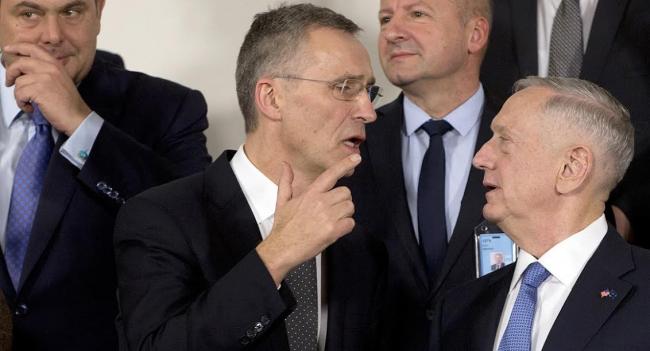 US to NATO members: Increase defence spending or face consequences

India Blooms News Service | | 16 Feb 2017, 03:43 pm
#NATO, #defencespending, #US, #JamesMattis, #DonaldTrump
Washington, Feb 16 (IBNS): US has warned that it will moderate its commitment to the North Atlantic Treaty Organization (NATO) if the alliance members do not increase their defence spending, according to media reports.

The ultimatum pronounced by new US Defence Secretary James Mattis almost echoed President Donald Trump's demand that members raise their spending to meet a target of two per cent of their GDP.

The statement was issued at a closed-door meeting of the defense secretaries of the alliance, held at Brussels, on Wednesday.

The Washington Post quoted Mattis as saying, "“No longer can the American taxpayer carry a disproportionate share of the defense of Western values. Americans cannot care more for your children’s security than you do. Disregard for military readiness demonstrates a lack of respect for ourselves, for the alliance and for the freedoms we inherited, which are now clearly threatened.”

According to a release by NATO, only five - -the United Kingdom, Estonia, Poland, Greece and the United States --of the 28-member alliance spends at least two per cent of defence.

This was the first visit to NATO headquarter by James Mattis as the Defence Secretary. He had earlier served two years here as the supreme allied commander transformation.