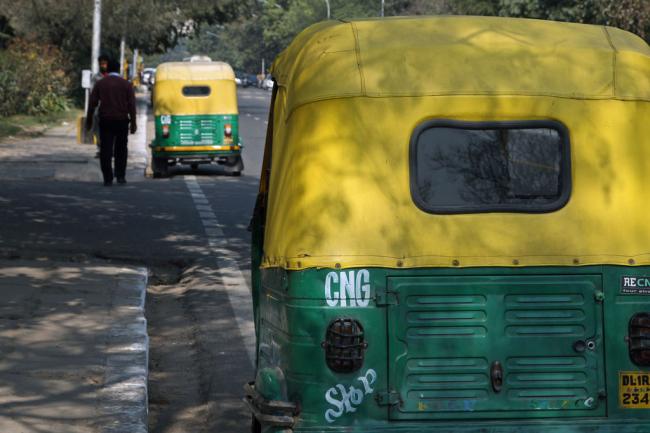 “With every breath, children in Delhi are suffering,” said UNICEF in a news release on Thursday, pointing to reports that air pollution in one of its neighbourhoods hit 999 micrograms of particulate matter per cubic meter (compared to an average of between 150-350 in January 2016).

According to the UN World Health Organization (WHO), there is a close, quantitative relationship between exposure to high concentrations of small particulates (PM10 and PM2.5) and increased mortality or morbidity, both daily and over time. This type of pollution has health impacts even at very low concentrations and no threshold has been identified below which no damage to health is observed.

On the air pollution in Delhi, UNICEF said that an estimated 4.41 million children in the city missed three days of school, earlier this week, following a decision to close its 5,798 schools to minimize the risk for children to be exposed to the polluted air.

It further said that this is not just challenge in Indian capital, numerous other cities in the country, such as Varanasi and Lucknow, as well as elsewhere in the world such as London, Beijing, Mexico City, Los Angeles and Manila have exceeded international guidelines – in some cases by considerable margin.

Recent analysis by the agency has shown that, globally, 300 million children live in areas with the most toxic levels of outdoor air pollution – exceeding six times international guidelines.

Highlighting that air pollution is a major contributing factor to some of the most deadly diseases children face, such as pneumonia, UNICEF cautioned that the pollution also affects their overall health. Almost a million children under the age of five die from pneumonia per year – and about half of those cases are directly linked with air pollution.

“Studies show it is linked with and can exacerbate asthma, bronchitis, airway inflammation, coughing and wheezing. Illness associated with air pollution can affect children’s ability to go to school,” the agency said, adding: “New research even points to the effects it can have on cognitive development amongst very young children.”

Those without access to medical treatment, who are often the poorest, and those who have pre-existing respiratory conditions, are most at risk.

Much can be done to improve the situation

Further in its release on Thursday, UNICEF said that stronger measures to cut back on the sources of air pollution.

“Air pollution moves across borders, both national ones as well as subnational ones, and so we will need coherent government policies to address these transboundary risks,” it noted.

Also, providing children with access to good quality healthcare is a major part of protecting them from air pollution, and treatment and prevention programmes for pneumonia, as well as other respiratory conditions, can significantly reduce the chance a child falls sick or dies.

UNICEF also called for better monitoring of air pollution at a global scale.

“When a child, a mother, a father or caregiver know how bad the air is on a real-time basis, they can begin to take actions to reduce exposure,” it stressed and urging pregnant mothers, and others who are at especially high risk to do their best to avoid areas where air pollution is at its highest.

Public knowledge on air pollution is a key first step to tackling it – it is key to supporting government policies to reduce it, the agency stressed.

COP22 is an important platform for action

Reminding that this week is also the first week of twenty-second Conference of the Parties of the UN Framework Convention on Climate Change (UNFCCC), popularly known as COP 22, UNICEF said: “Actions that reduce air pollution can not only improve children’s health, but can also go a long way to also reducing greenhouse gas emissions.”

“As such, the argument for reducing air pollution could not be clearer. And because we can – we must,” underscored the agency.