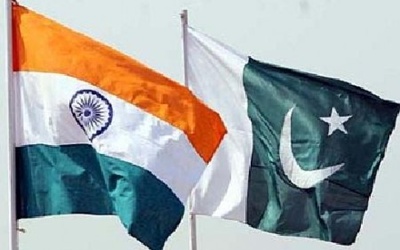 A statement in this regard was issued by Pakistan's Foreign office, which did not confirm detention of Jaish-e-Mohammad chief Maulana Masoon Azhar, believed to be involved in the deadly terror attack on the Pathankot air base. Since Wednesday  evening, Pakistani media reported that Azhar had been detained two days ago along with top relatives. But Vikas Swaroop, spokesperson for the Foreign Ministry, said, "We have not received official word on detention of Masood Azhar."


India has strongly suggested in recent days that for the talks Pakistan must ensure action against those who planned and executed last month's  attack at Pathankot which killed seven military personnel and injured 22.

Prime Minster Narendra Modi told his Pakistani counterpart Nawaz Sharif on the phone last week that swift and decisive action is expected.  PM Sharif pledged his assistance on the investigation.

A statement from his office on Wednesday said, "Several individuals belonging to Jaish-e-Mohammad, have been apprehended. The offices of the organization are also being traced and sealed.

Thursday's  statement from the Pakistani government said it had nothing to add to that information.

Pakistan has rejected some evidence furnished by India including phone numbers called by the terrorists from Pathankot. Islamabad has reportedly conveyed that those phone numbers are not registered in Pakistan.

Jaish chief Azhar was arrested in Kashmir on 1994 but was released along with two other Pakistani terrorists in 1999 in return for 155 passengers held hostage in an Indian Airlines aircraft that was hijacked to Kandahar in Afghanistan.
Related Images