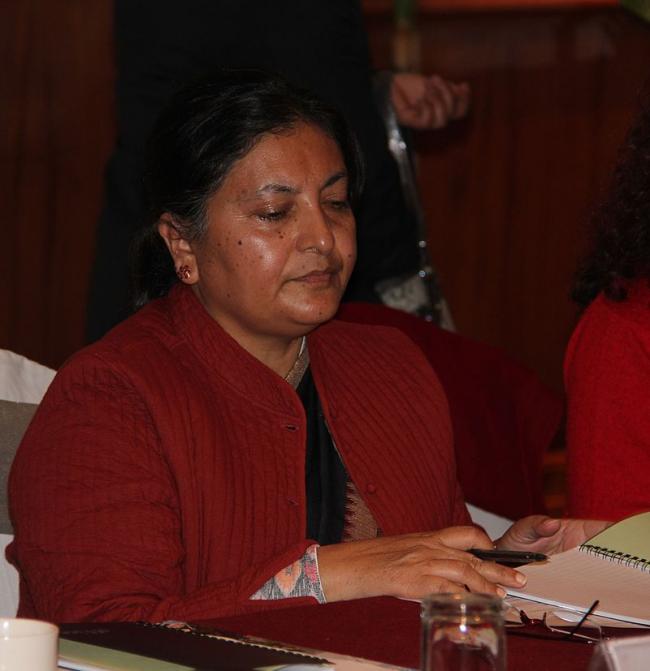 Bhandari, who started her political journey in the 70's, is the wife of famed Communist leader Madan Kumar Bhandari.

The newly elected President, in her first interaction with media-persons said that she hoped that the constitution of Nepal will aid in the protection of sovereignty and independence of the state.

Bhandari's inclusion is seen as a welcome change in the political sphere of the country and the move is well received by other senior politicos.

Nepal Prime Minister K P Sharma Oli has hailed it as a major development of the Nepali society while maintaining that it is a bold step towards a new journey.

UCPN-Maoist Chairman Pushpa Kamal Dahal, better known as Prachanda was quoted by the Himalayan Times as saying, "It shows that the new Constitution has ensured representation of all marginalised communities and groups."