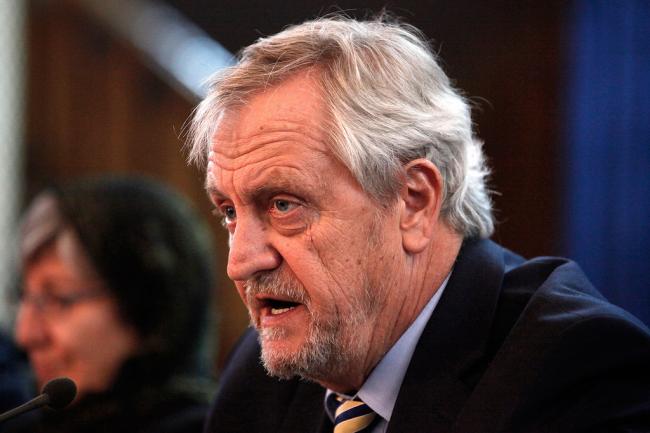 India Blooms News Service | | 27 Oct 2015, 08:33 am
#UN, # Afghanistan, # Human Rights, # Attack
New York, Oct 27 (IBNS): The top UN official in Afghanistan has condemned the killing of two human rights workers on Monday by a remote-controlled explosive device in the eastern city of Jalalabad, saying "the climate of fear created by such attacks, threatens vital human rights work" being carried out throughout the country.

“An intentional attack against people who dedicate their lives to protecting the rights of Afghan citizens is an atrocity,” said Nicholas Haysom, the Secretary-General’s Special Representative for Afghanistan and head of UN Assistance Mission in Afghanistan (UNAMA), in a statement issued in Kabul.

The two killed were employees of the Afghanistan Independent Human Rights Commission (AIHRC). Six other staff of the Commission were injured when a remote-controlled improvised explosive device detonated against the human rights group’s minibus in Jalalabad.

“Victims of human rights violations and abuses in Afghanistan often rely on AIHRC to document and draw attention to their plight,” Haysom said.

He added, “The climate of fear created by such attacks, threatens vital human rights work carried out throughout Afghanistan.”

The UN mission “encourages relevant authorities to undertake prompt, thorough and impartial investigations, to hold those found responsible to account, and to ensure an effective remedy for victims.”

In addition, UNAMA noted that the deliberate targeting of civilians and the indiscriminate use of explosives in civilian populated areas are violations of international humanitarian law and “may amount to war crimes.”