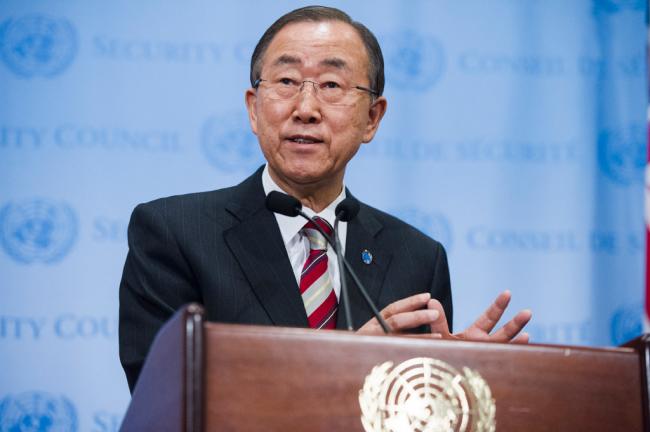 “While much has been achieved, the humanitarian community remains committed to meet remaining needs,” said Jamie McGoldrick, UN Humanitarian Coordinator in Nepal, in a press release.

“With the winter on the way, we must ensure adequate shelter and food security, particularly for more than 80,000 families.”

According to the UN Office for the Coordination of Humanitarian Affairs (OCHA), humanitarian partners, with the Government of Nepal, provided emergency shelter to over 700,000 families, but the effect of the coming harsh cold weather is a concern with many people still without permanent durable housing.

The April and May earthquakes left 8,891 people dead, destroyed more than 600,000 houses and damaged 290,000 houses, OCHA estimates. During the height of the emergency, some 188,900 people were temporarily displaced.

Over the last six months, humanitarian partners provided food to over 1.4 million people, established temporary classrooms for 300,000 children and supported health authorities to restore all damaged health facilities by June. Concerted efforts reportedly ensured that there were no disease outbreaks.

“When faced with tough challenges like the monsoon season, landslides and difficult terrain, we are proud of how we have been able to support the Government and people of Nepal and respond to the challenges overall,” Mr. McGoldrick said. “But present conditions are a concern.”

Since the end of September, fuel in short supply has impeded progress, OCHA reports. The Humanitarian Country Team is urging a quick resolution to the fuel shortage so that winter goods can be quickly delivered to vulnerable households.

This massive logistical undertaking can be achieved, McGoldrick said, but the lack of fuel is significantly affecting distribution of goods. He further noted that there is a brief window of fair weather in which humanitarian actors can respond before the snow.

The Humanitarian Country Team also underlined it is working very closely with the Government and other partners to ensure a smooth transition to recovery and reconstruction.

“The Humanitarian Country Team is looking forward to the establishment of the National Reconstruction Authority,” said McGoldrick.

He added, “Once it becomes operational, we anticipate that we will start to see the rapid expansion of reconstruction across the earthquake-affected areas.”