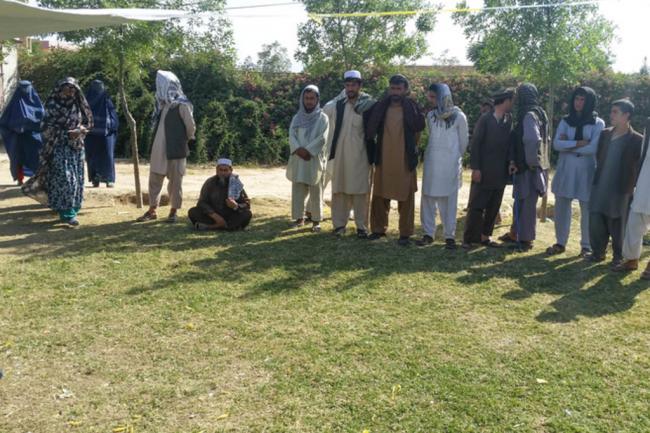 Ging visited Afghanistan the day after the attack on the Médecins Sans Frontières (MSF) Kunduz hospital, which killed 12 MSF works and 10 patients, including three children.

He noted that the fighting that had engulfed Kunduz in the days preceding the attack was symptomatic of the deteriorating security conditions in Afghanistan.

“Afghanistan faces a long and challenging road to peace, stability and development,” said Ging, speaking at a press conference in at UN Headquarters in New York on Tuesday.

“But after thousands of lives lost and billions of dollars invested, it is imperative that we do not give up now. We must renew our commitment to supporting the people of Afghanistan on [the country’s] difficult road to recovery.”

According to OCHA, 7.4 million people in Afghanistan are in need of humanitarian assistance. Funding for the crisis has steadily decreased, and its current $204 million appeal is under 50 per cent funded.

Ging also visited Peshawar in Pakistan, where 600,000 people displaced by fighting since 2008 have returned to their villages this year.

“In a world where so many crises are on a negative trajectory, Pakistan offers an all too rare example of positive progress,” said Ging.

He added, “Supporting the Government to help people rebuild their lives in areas where fighting has ended is critical to building a stable and prosperous future for the country.”