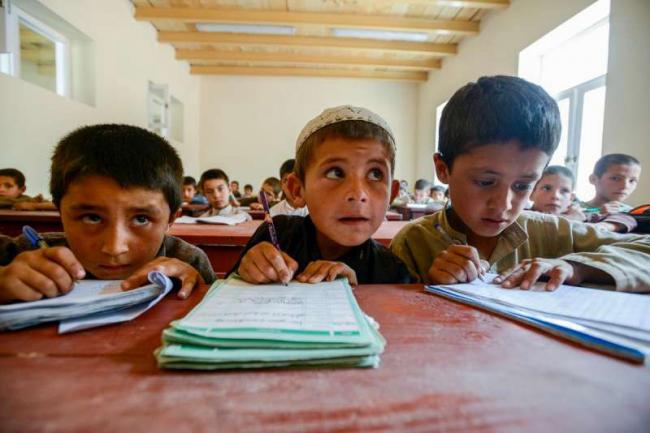 India Blooms News Service | | 08 Oct 2015, 07:51 am
#UN official, # Afghanistan, # Children
New York, Oct 8 (IBNS): The United Nationsâ€™ most senior refugee official is appealing to the international community to refocus its attention on Afghanistan, warning that it would be dangerous to ignore the country, and praised Iran and Pakistan for hosting so many Afghan refugees.

“We are here because we want the international community to refocus on a situation that is no longer getting the attention it deserves, and because we believe that to ignore Afghanistan would be a dangerous mistake, regardless of the urgency and scale of other, newer crises,” the UN High Commissioner for Refugees, António Guterres, told members of the UN refugee agency’s Executive Committee during a meeting on the Afghan refugee situation.

“UNHCR (the Office of the UN High Commissioner for Refugees) has a special relationship with Afghanistan, and with the two countries that have taken in 95 per cent of Afghan refugees – the Islamic Republics of Iran and Pakistan,” he noted.

The gathering focused on how to create the conditions necessary for Afghan refugees to go home and reintegrate to regions where security allows.

“Reaching over six million people at its peak, this is the biggest refugee situation UNHCR has ever dealt with, as well as the biggest voluntary repatriation operation in our history, with over 5.8 million returnees since 2002,” he said, adding that after more than 35 years and with 2.6 million registered refugees remaining in 70 countries, “Afghans are also the world’s largest protracted refugee population.”

In a pre-recorded video message to the meeting, Afghanistan’s President Ashraf Ghani thanked UNHCR for the decades of engagement with Afghan refugees. He also thanked Pakistan and Iran for opening their borders and still hosting millions of Afghans.

“My duty calls to prevent the production of more displaced people and refugees. I hope our efforts here will contribute significantly [to that end],” he said.

President Ghani also echoed the High Commissioner’s own concern over possible international neglect. “The problem of refugees is a global one. They cannot be placed on an island and forgotten,” he warned.

Guterres said that – although the situation in Afghanistan “remains very challenging, as recent events in Kunduz have shown” – the new Afghan National Unity Government of President Ghani had committed to making durable solutions for refugees and displaced persons a top national priority.

According to UNHCR, the meeting in Geneva was attended by some 800 participants, representing 131 Member States, several UN and international organizations as well as non-governmental organizations (NGOs).

A number of guests from key donor states, UN and NGO partners, as well as Afghan civil society reportedly voiced support for efforts to find durable solutions for the many Afghans still in exile.

Meanwhile, Guterres stressed that advances in finding durable solutions would only be possible if the international community provided “significantly more support” to these efforts than has so far been the case.

“Most notably, the regional Solutions Strategy for Afghan Refugees, developed by the governments of the Islamic Republics of Afghanistan, Iran and Pakistan with UNHCR, is the main vehicle for furthering these efforts and needs to be supported more decisively, in particular by development actors,” he stated.

The UN official pointed out that the number of internally displaced persons now stood at nearly one million and that Afghans continued to leave the country to file new asylum applications elsewhere.

Nevertheless, he emphasized that nearly 54,000 refugees had returned to Afghanistan in 2015, almost as many as the combined total for the previous two years.

“It is precisely because times are difficult that it is so important to support Afghanistan now,” the High Commissioner said.

“The Afghan Government’s initiative for an Enhanced Voluntary Return and Reintegration Package for each returnee family merits particular attention, as it will provide increased support to refugee reintegration in the initial phase following their return home.”

Speaking about the situation in Europe this year, where he said half a million boat arrivals had overwhelmed capacities in many of the affected countries, he noted: “One cannot even begin to imagine the kind of pressure the Islamic Republics of Iran and Pakistan were facing with over six million Afghan refugees at the time.”

In conclusion, Guterres said the current meeting was born from the “recognition that effective and sustainable return to Afghanistan is fundamentally important in the effort to stabilize the entire region” and urged international solidarity to make this happen.