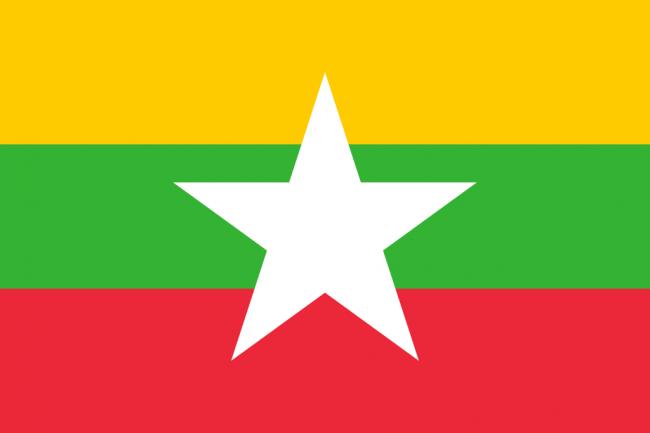 India Blooms News Service | | 30 Jul 2015, 10:12 pm
#Amnesty International, # Myanmar prisoners, # Myanmar jail, # Muslim Rohingya minority
London, July 30 (IBNS) The release of at least 11 prisoners of conscience in a mass prisoner amnesty in Myanmar Thursday is a step in the right direction, but authorities must immediately clear the country's jails of the scores of peaceful activists who still remain behind bars, Amnesty International said.

The Myanmar authorities  released 6,966 people as part of a Presidential prisoner amnesty. Among those freed are at least 11 men who Amnesty International has designated prisoners of conscience – including journalists, peaceful protesters and community leaders from the repressed Muslim Rohingya minority.

“We are delighted that these 11 men can now walk free and return to their families, even if nothing can make up for the ordeal they have had to go through. But the fact remains that none of them should have been imprisoned in the first place,” said Rupert Abbott, Amnesty International’s Research Director for Southeast Asia and the Pacific.

“We have seen an alarming increase in arrests and harassment of peaceful activists in Myanmar in the past year, with an increasing number of prisoners of conscience languishing behind bars. Releases like the one today will have little long-term effect if the laws that allow the authorities to crackdown on human rights defenders, students, journalists and government critics remain on the books.”

Today’s amnesty follows the announcement earlier this month that Myanmar will hold general elections on 8 November 2015. It is the first mass prisoner amnesty since October 2014, when thousands were released a few weeks ahead of Myanmar hosting two major international summits.

“Myanmar’s authorities have a track record of announcing prisoner amnesties, like the one today, at politically opportune times. The government must prove that this is more than an empty gesture to curry favour ahead of the November elections. The next step must be to release the scores of peaceful activists who still remain behind bars, and to drop charges against those facing imprisonment simply for peacefully exercising their human rights,” said Rupert Abbott.

Prisoners of conscience included in today’s prisoner amnesty include:

Michaungkan community leader Sein Than, sentenced to two years in prison for participating in a series of peaceful protests in response to failures by the authorities to resolve his community’s land dispute.

Peaceful activist Tin Maung Kyi, a member of the community-based organization the Movement for Democratic Current Force (MDCF), who was sentenced to one and a half years in prison for protesting without permission in Yangon in 2014.

Rohingya leaders Ba Thar, Kyaw Khin, Kyaw Myint and his son Hla Myint, who were imprisoned in March 2015. The four men were first arrested in April 2013 following a community protest against the government-led population registration exercise, which did not allow members of the community to identify as Rohingya. Protests forced the authorities to suspend the registration exercise. The four men were sentenced to between five and eight years in prison.