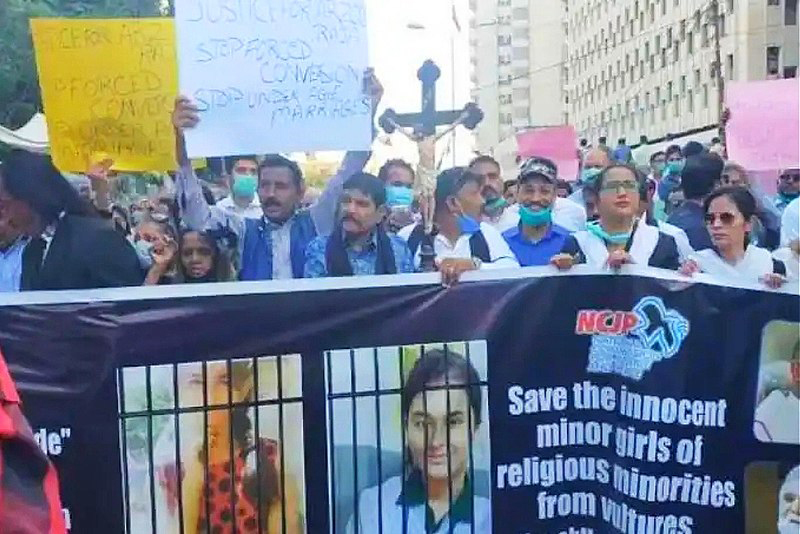 Islamabad: A report published by the Voice for Justice (VFJ) and Jubilee Campaign has shown as many as 100 cases of abduction, forced faith conversion, and forced and child marriage of girls and women belonging to the Christian community have been reported since January 2019 to October 2022 in Pakistan.

The data showed that the highest number of cases - 86 - were reported in Punjab, followed by 11 in Sindh, two in Islamabad, and one in Khyber Pakhtunkhwa, whereas no case was reported in Balochistan, reports Dawn News.

Zarvia Parvaiz told the court that she was heavily drugged, raped, beaten with a stick, burnt with cigarettes, and electrocuted by her abductors.

Saba Nadeem testified that “she was abducted and raped, and the perpetrator took her thumb impression on the certificate of marriage and conversion against her free will and consent and threatened her with dire consequences if she revealed the assault to anyone.”

The data reveals that 67 percent of the cases were reported in the five districts alone - Lahore, Faisalabad, Gujranwala, and Sheikhupura from Punjab and Karachi from Sindh - which exhibit a high rate of cases of underage minority girls, reports Dawn News.