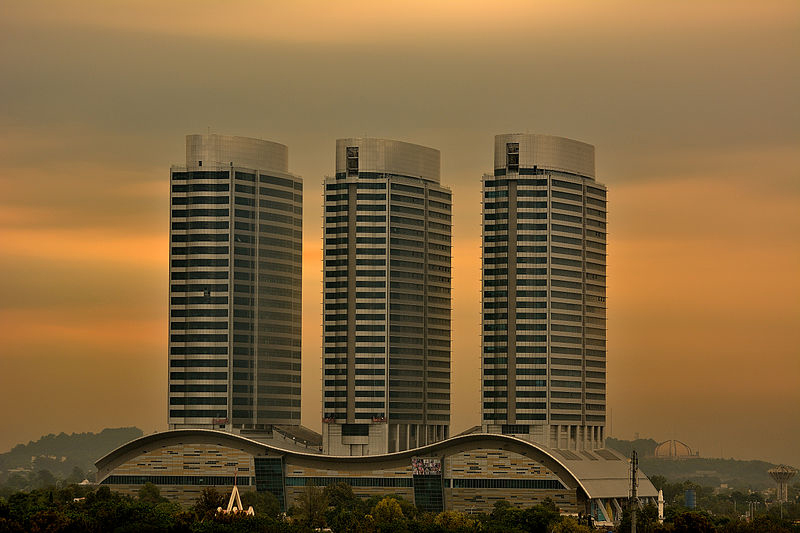 Islamabad: An upscale shopping and residential tower in the heart of Islamabad city was sealed off on Tuesday after an altercation between Shehbaz Sharif and Sardar Tanveer Ilyas, the prime minister of Kashmir and a Pakistan Tehreek-i-Insaf (PTI) stalwart who owns the upscale business centre, media reports said on Friday.

The Capital Development Authority (CDA) took the drastic measure after serving at least six notices on the management of Centaurus Mall between 2014 and 2022, warning against the suspected “non-conforming use of the building” in violation of relevant regulations, reports Pakistan Today.

Subsequently, in a notification issued on December 2, the regulator ordered to shut the mall on account of the failure to “remove building violations”.

A notice pasted outside the mall read: “The premises have been sealed on account of non-conforming use by order of director building control-city, CDA.”

Eyewitnesses told the newspaper that a joint team of CDA and Islamabad police raided the high-rise and expelled the administrative staff as well as security detail before shutting down the building.

The development occurred just hours after the two prime ministers indulged in a verbal spat during a ceremony in Mangla town of Azad Kashmir where Sharif had arrived to address a ceremony.