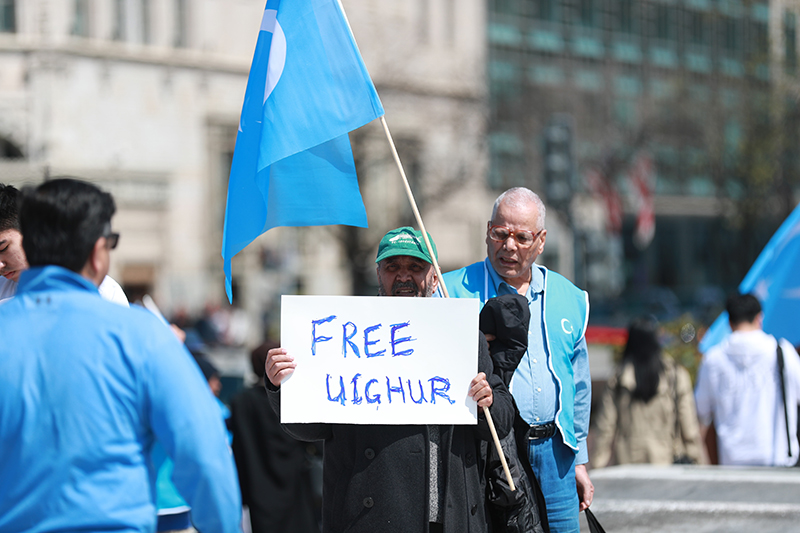 According to reports, they   burnt the posters of the deceased family members, symbolically depicting the Urumqi fire.

The demonstrators also shouted slogans against the CCP and the treatment given towards Uyghur members in the country.

East Turkestan Federation leader Habibullah Koseini led the protest outside the Chinese Consulate and sought support from the Turkish Muslims with whom East Turkestan Muslims share the heritage, reports ANI.

Koseini was quoted as saying by ANI, “We are ready to lay down on this stone road and we will continue to do that for another three days in front of the Consulate”.