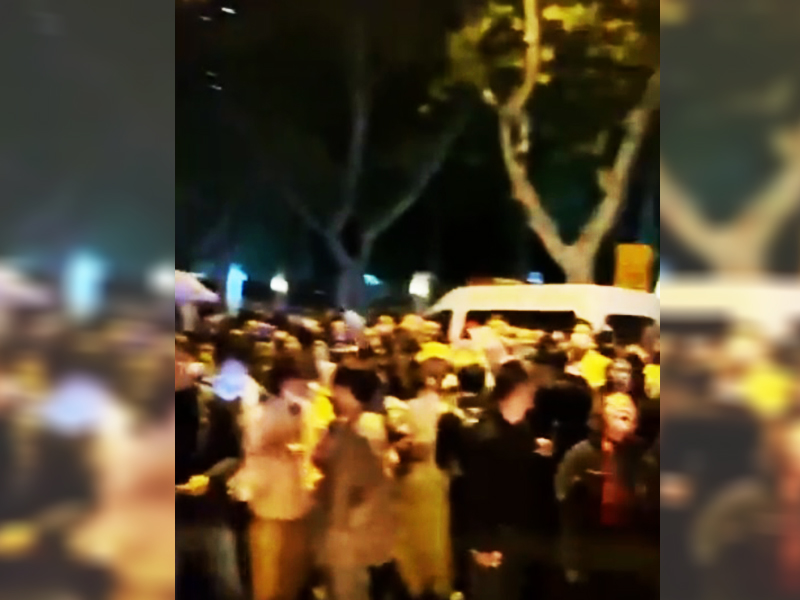 'Down with the Chinese Communist Party': Shanghai witnesses anti-Covid protests after fire kills 10

A fire on Thursday killed 10 people in a high-rise building in Urumqi, the capital of the Xinjiang region.

The incident has sparked widespread public anger as many internet users concluded that residents could not escape in time since the building was partially locked down, which city officials denied.

In Shanghai, China's most populous city and financial hub, residents gathered on Saturday night at the city's Wulumuqi Road for a vigil that turned into a protest in the early hours of Sunday.

At one point a large group began shouting, "Down with the Chinese Communist Party, down with Xi Jinping, free Urumqi!", according to reports.

This is a rare public protest against the Chinese leadership.

A large group of police looked on and sometimes tried to break up the crowd.

China is battling a surge in infections that has prompted lockdowns and other restrictions in cities across the country.