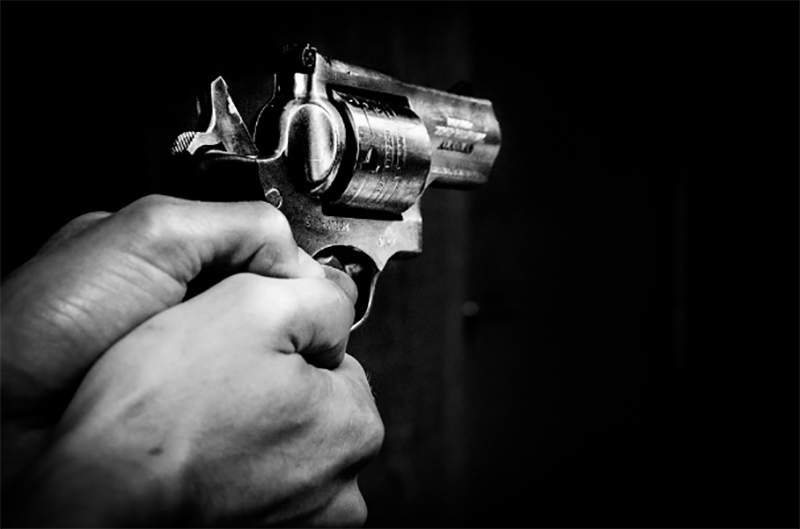 Islamabad: A policeman was allegedly shot dead by a suspect, who police say is an expatriate, in Karachi’s Defence Housing Authority (DHA) area following a heated exchange in the Pakistani city on Monday, media reports said.

CCTV footage of the incident is making the rounds on Twitter, showing the suspect and the cop— both armed — disembarking from a black car and engaging in a heated argument, reports Dawn News.

As the situation escalated, the suspect fired a couple of shots at the officer from point-blank range and fled, leaving the policeman dead on the spot.

Police have managed to retrieve the vehicle and the alleged murder weapon.

The suspect in the incident is still missing.

Talking to Dawn.com, South SSP Syed Asad Raza said the two policemen — part of the recently-formed Shaheen Force tasked with tackling street crimes — were patrolling the area near Ideal Bakery in Clifton, Block 5 when they hailed down a car with tinted windows.

SSP Raza said the two policemen, who were riding a motorcycle, were “trying to take the suspect’s vehicle to the police station when the incident took place”.

He said that the cops were trying to stop the vehicle on the suspicion that the suspect was trying to “abduct a girl”.

“The suspect pulled out a pistol on the policemen, starting a heated exchange which resulted in an armed stand-off between the two […] The suspect refused to go to the police station and fired at one of the cops, killing him on the spot,” SSP Raza said.