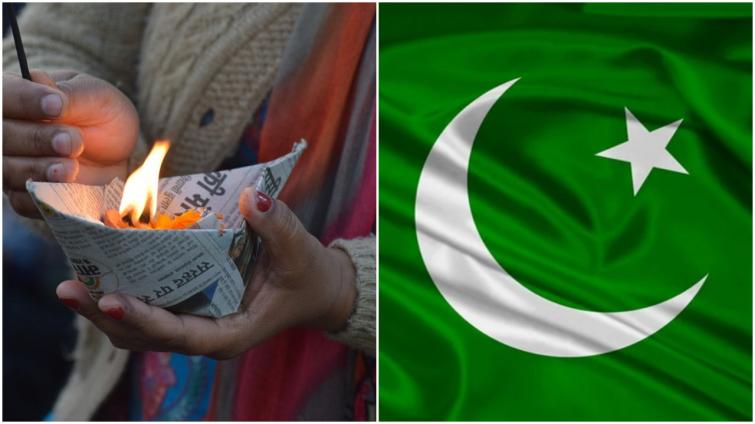 Hindu community members in Pakistan's  Kalat town recently marched on the roads to demonstrate against  what they said was the alleged desecration of the remains of a Hindu woman’s body burnt in the burning ghat.

The traders belonging to the community closed all their shops and gathered in the Shahi Bazaar area and joined the march, which was led by Mahraj Ghansham, Dewan Hari Chaand and Dr Nanad Lal, reports Dawn News.

To show solidarity with the Hindu community, religious and political parties also joined the protest. The marchers were even seen chanted slogans against the local administration.

While speaking at the protest, the community leaders strongly condemned the incident and demanded that police arrest the elements involved in this act that had hurt the sentiments of the entire community, reports Dawn News.

Hafiz Qasim Lehri, Maulana Atiqur Rehman, Haji Aziz also spoke on the occasion and supported the demands made by the Hindu community members.

A representative of the Hindu community told Dawn News that a woman of their community had died recently and her relatives had cremated her body in Shamshan Ghat.