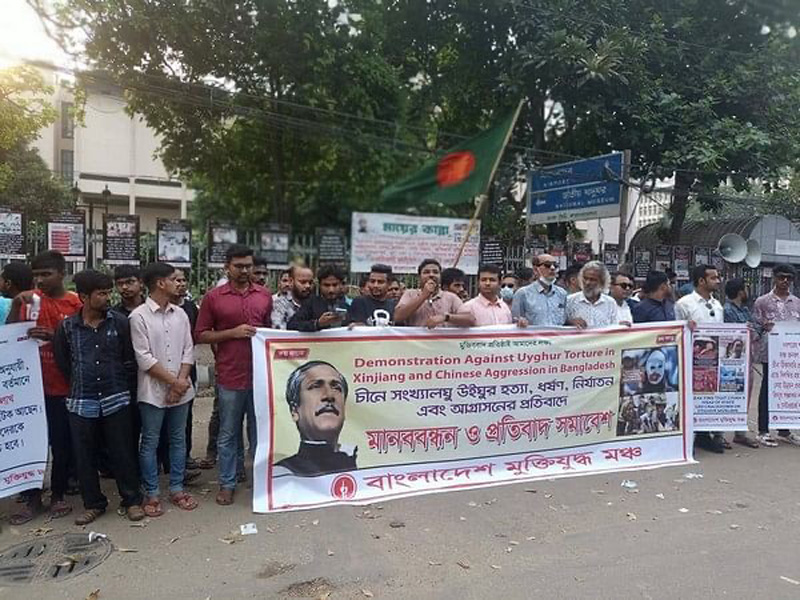 Bangladesh, which is a Muslim majority nation, always shows solidarity with Uyghurs of China.

The BBSS Welfare Association organised a bicycle rally in solidarity with the Muslim Uyghurs of Xinjiang, China, reports ANI.

A bicycle rally and protest meeting were organized by BBSS Welfare Association. The rally started from Hatirjheel in Dhaka at 8 am and ended at United Hospital via Gulshan-2 at 10 am. Students of different schools and colleges, journalists, leaders and activists of political parties took part in the demonstration.

The protest meeting was presided over by the organisation’s founding chairman, Tawfiq Ahmed Tafsir. Journalists, prominent personalities and students attended the event.

Meanwhile, in Chittagong, Sacheton Nagarik Samaj organised a motorcycle rally. The rally started from the Kotwali area of Chittagong city at 9 am and after passing through Bouddha Mondir and the Andarkilla area, it ended at Kotwali, several media reports said.

The organization also organized a human chain and protest demonstrations in Narayanganj against Chinese atrocities on innocent Uyghur Muslims, Chinese efforts of debt trapping Bangladesh through various projects, and ill-treatment of Bangladeshi workers who are working on different Chinese projects, reports ANI.

Muktijoddha Mancha members even submitted a memorandum to the Chinese President through China’s Embassy informing them about the human chain and protest rally.