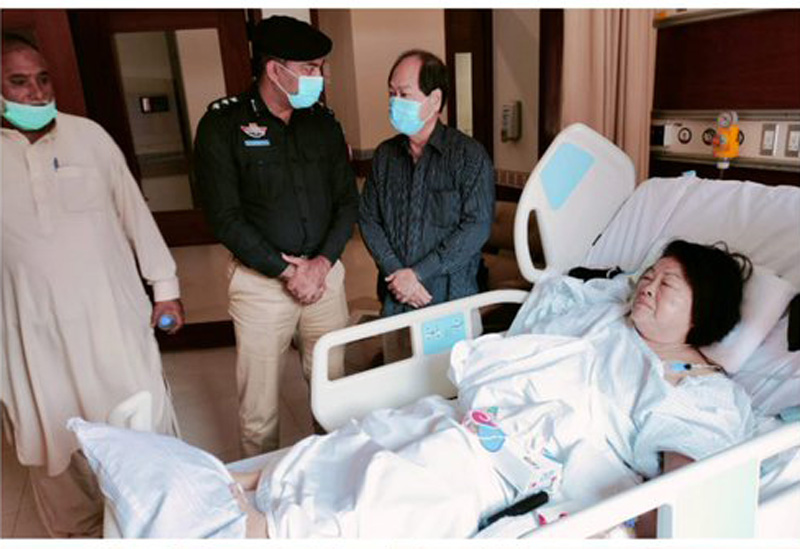 Islamabad:  Police on Thursday registered a case against the outlawed Sindhudesh People’s Army, said to be a coalition of Sindhi and Baloch separatist outfits, over attacking a Chinese dentist couple in Karachi city of Pakistan on Sept 28.

Dr Richard Hu and his wife Phen Teyin were injured while their employee, Ronald Raymond Chou, another Chinese national, was killed on Wednesday when an unidentified assailant opened fire inside a clinic near Preedy Street.

SSP District South Syed Asad Raza visited the owner of the clinic, Doctor Hu and his wife, who were injured in shooting incident at the dental clinic located in Sadar area yesterday, & wished https://t.co/GmTgzioWnN and his wife a speedy recovery.#ProudToServe #KarachiPolice pic.twitter.com/6bNdb65jYF

According to Senior Superintendent (South) Asad Raza, the victims held both Canadian and Pakistani nationalities.

The senior officer told Dawn.com today that the Counter-Terrorism Department (CTD) has registered a case on behalf of the state at the Preedy police station on murder and terrorism charges against the SPA, who had claimed responsibility for the attack through social media.

“The police believe that the attack was aimed at sabotaging relations between Pakistan and China and it was a conspiracy against uplift projects in the country,” Raza said.