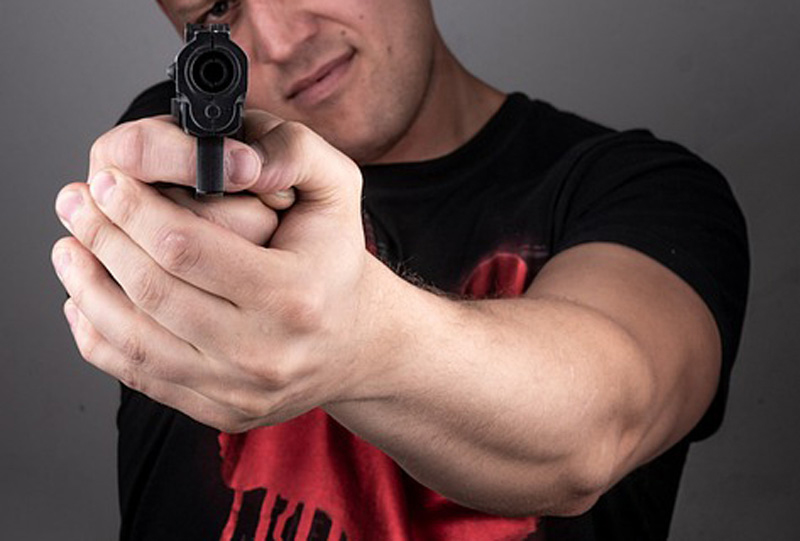 Karachi: Pakistani police are still not clear about the motive behind the killing of a Chinese national by an unknown gunman in Karachi city.

The attackers also left a dentist couple injured in the incident.

A young Chinese man was shot dead while a Chinese dentist couple were critically wounded when a man posing as patient, wearing a surgical mask, entered their clinic in a busy commercial area of Saddar and opened indiscriminate fire on the victims on Wednesday evening, officials told Dawn News.

South-SSP Syed Asad Raza said that at around 4.05pm an unidentified person came to the private dental clinic of Dr Richard Hu on Preedy Street and sat in the waiting area for tooth treatment.

“After about 15-20 minutes, he entered the clinic area and opened fire on Dr Richard Hu, his wife Phen Teyin and their assistant Ronald Raymond Chou after taking out a 9mm pistol,” the senior officer told Dawn News adding that the assailant however, did not hurt any Pakistani present there.

As a result, the couple sustained bullet wounds while Ronald, who was their employee, died on the spot.

“Reportedly, Dr Richard Hu ran this private clinic in this area for more than 40 years and the three victims held dual nationality of China and Pakistan,” said the SSP South.

The couple lived in the Park Lane area of Clifton while the deceased was a resident of Cantt Karachi.

“The assailant was wearing a red cap and dark blue trousers and shirt,” said Raza, adding that after firing, he managed to escape with his accomplice who had parked his motorbike at the corner of Preedy Street towards M.A. Jinnah Road. “Geo-fencing of the area is being done to obtain clues.”

The officer said the investigation would be carried out by the Counter-Terrorism Department.

“At this stage, motive for the incident is unclear as to whether the victims were targeted owing to personal reason or it was a terrorist attack,” opined the SSP Raza.

The CTD DIG, Asif Aijaz Shaikh, told Dawn that nothing conclusive about the incident could be said at this stage.

He said he along with his team of CTD investigators was at the spot and probing into the incident whose findings would be shared with media.

Another CTD official, Raja Umer Khattab, told Dawn News that it appeared to be a targeted killing carried out after a proper reconnaissance.

However, Khattab added that mostly those Chinese who came on visa and were affiliated with projects had been targeted in the past.

“But the Chinese dentists have been living in the country since past 50 years and they have become Pakistani now. They are attacked because they were easy target,” he added.