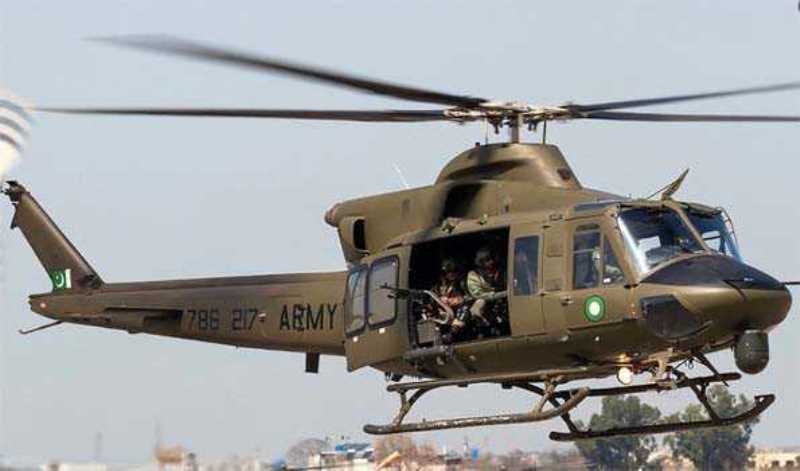 Islamabad: A helicopter of the Pakistan Army crashed in the Harnai district of the country's southwestern Balochistan province, killing all six people on board, an army statement said.

The helicopter crashed late Sunday night during a flying mission near the district's Khost area, the military's media wing Inter-Services Public Relations (ISPR) said in a statement on Monday.

The deceased included two pilots, a crew member, and three soldiers, according to the ISPR.