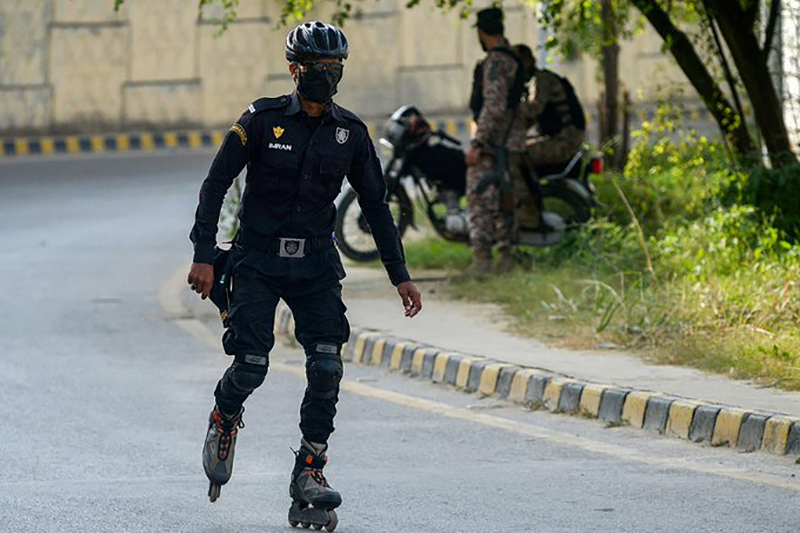 Karachi: Karachi Police in Pakistan have arrested a man for allegedly harassing a female Turkish vlogger.

Vlogegr  Seda Nur is currently staying in Pakistan to highlight the brighter side of the country.

The development came in response to Nur's video, telling how she encountered an incident of harassment in Karachi's Saddar area, which went viral on social media recently, reports Geo News.

In the video, Nur attached the bits from her vlog in which a man wearing a blue t-shirt was constantly seen walking behind her on the roadside in a market in Saddar. The vlog was cut where another clip started which Nur apparently recorded later to expose the "harasser".

The vlogger said that a man kept following her while she recorded a video for her vlog and even "touched" her when he got a chance.

"So as you could see this weird man in blue who started following me and every time I was stopping, he was passing me and waiting on a spot for me to pass him again so he can follow me again," Nur was quoted as saying by the news channel.

The female vlogger said while she was checking her phone, someone "touched" her back.

"I just turned around and I was ready to punch someone, but I saw a little boy. He was just around 12 years old so I thought he might have touched me by accident," she said, adding that she didn't react considering his age," she said.

The Karachi Police later posted a video where the arrested man could be seen apologising to the vlogger.