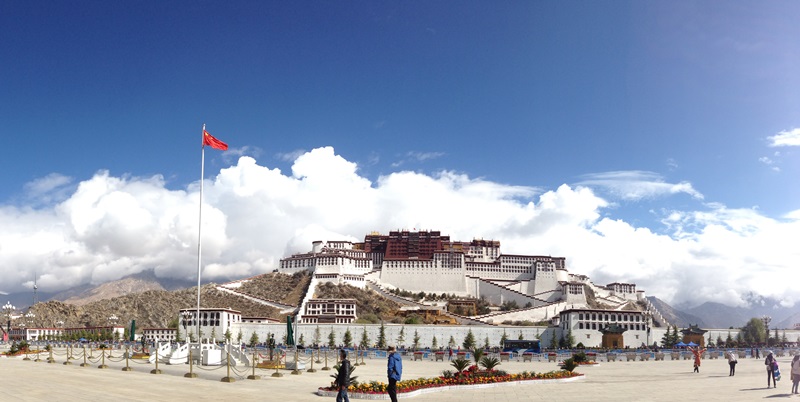 China-Tibet
Representational image by christiali on Panoramio via Wikimedia Commons

Beijing/Lhasa: Chinese authorities are significantly increasing policing, including an arbitrary collection of DNA from residents in many towns and villages throughout the Tibet Autonomous Region (TAR), Human Rights Watch said today.

The available information indicates that people cannot decline to provide their DNA and that police do not need credible evidence of any criminal conduct.

A report from Lhasa municipality in April 2022 stated that blood samples for DNA collection were being systematically collected from children at kindergartens and from other local residents.

A report from a Tibetan township in Qinghai province in December 2020 stated that DNA was being collected from all boys aged 5 and above.

These mass DNA collection drives appear to be taking place in all seven prefectures or municipalities in the TAR, which covers the western part of the Tibetan plateau.

The collection drives are part of ongoing efforts by Chinese authorities to establish police presence at the grassroots level throughout the region.

There is no publicly available evidence suggesting people can decline to participate or that police have credible evidence of criminal conduct that might warrant such collection.

The reports Human Rights Watch studied indicate that DNA was to be collected from all residents of these areas, including temporary residents. None of the reports indicate any conditions under which a resident could refuse to provide a sample.

Human Rights Watch has identified reports of drives in 14 distinct localities (1 prefecture, 2 counties, 2 towns, 2 townships, and 7 villages) across the seven prefecture-level areas of the region, indicating that drives are taking place, or are due to take place, throughout the region.

Government procurement documents show that in July 2019 the TAR police called for bids from contractors to construct a regional-level DNA database, a further indication that officials were preparing for a region-wide collection drive.

In November 2019, police in Nyingtri, a prefecture-level unit of the TAR, also announced the construction of a DNA database for the area.

The purpose of the DNA collection in the Chamdo municipality, one of the seven regions, was described as “improving verification efficiency and helping catch fleeing persons.”

In other areas of the region, residents were told similarly that the collection of DNA was needed for general crime detection.

As one official report put it, the mass collection is necessary “for the public security organs to detect various illegal cases, and to effectively crack down on illegal and criminal elements.”

Researchers outside China said in 2020 that mass DNA collection began in the TAR in 2013.

These claims were based on official news reports about a mass health-check scheme called the Physicals for All program, which started in TAR in 2013.

The programme’s stated goal is to improve healthcare delivery, but in Xinjiang, the authorities used it to surreptitiously collect en masse the DNA of residents aged 12 to 65, according to an official document Human Rights Watch obtained in 2017.

Human Rights Watch has not found any information indicating that authorities in the TAR have used such programs for DNA collection.

Police in other areas of China have also been carrying out large-scale DNA collection since the early 2010s.

But the available evidence suggests those efforts have been limited either to subsets of the population the police consider problematic, such as migrants, former prisoners, criminal suspects, and other social groups categorized as “focus personnel” by security agencies, or since 2017, to a police programme throughout China collecting the DNA of an estimated 8.1 to 26.4 percent of all males in the country.

Coercing people to give blood samples, or taking blood samples without informed, meaningful, and freely given consent or justification, can violate an individual’s privacy, dignity, and right to bodily integrity.

It can also in some circumstances constitute degrading treatment.

Compelled DNA sampling of an entire region or population for security maintenance is a serious human rights violation, in that it cannot be justified as necessary or proportionate.

The right to respect the confidentiality of medical information is also a core principle of the right to health.

The UN Committee on Economic, Social and Cultural Rights (CESCR) has advised states that “[a]ll health facilities, goods, and services must be … designed to respect confidentiality.”

While the right to privacy does not establish an absolute rule of confidentiality of medical information, interference or breach of confidentiality must be strictly justified, which is not the case when such collection is intended to routinely be shared with the police and any other agency with access to the database.

DNA information is highly sensitive and can facilitate a wide array of abuses if collected or shared non-consensually.

Any compelled collection or use by the government is a serious intrusion on the right to privacy.

While the government’s collection of DNA is sometimes justified as a permissible investigative tool, this type of interference with the right to privacy must be comprehensively regulated, narrow in scope, and proportionate to meeting a legitimate security goal.

Yet the Chinese government data collection drives collect DNA information from everyone, regardless of whether they are in any way linked to a criminal investigation, and do not appear to require informed consent or explanation of why DNA samples are sought.

Children’s privacy is vital to ensuring their safety, agency, and dignity, and any restriction upon a child’s privacy is only permissible if it meets the standards of legality, necessity, and proportionality.

The collection, processing, and use of genetic information pose heightened risks to children’s privacy.

DNA holds highly sensitive information that would uniquely and permanently identify a child, their family members, and inherited medical conditions that could lead to disabilities and major health problems.

The use and exposure of this data “may have adverse consequences on children, which can continue to affect them at later stages of their lives.”

The authorities’ collection of DNA from children without their informed, meaningful, and freely given consent, or that of their caregivers, and extracted in educational settings where they could not meaningfully opt-out or refuse to provide their personal health data, is a violation of children’s privacy.

Furthermore, the authorities’ stated use for this data – crime detection – does not appear to constitute a legitimate, proportionate purpose that serves the child’s best interest.

DNA collection in villages has been reported as part of the drive by Chinese authorities in the region in January 2022 called “The Three Greats.”

Police carrying out The Three Greats drive in Lhodrak, a county in southern Tibet, were told “go to the village and enter [each] household to carry out a net-type investigation to find out the truth.”

“Three real 'greats' for Tibetans would involve an immediate end to these chilling violations, and investigations and prosecutions of those responsible,” Richardson said.