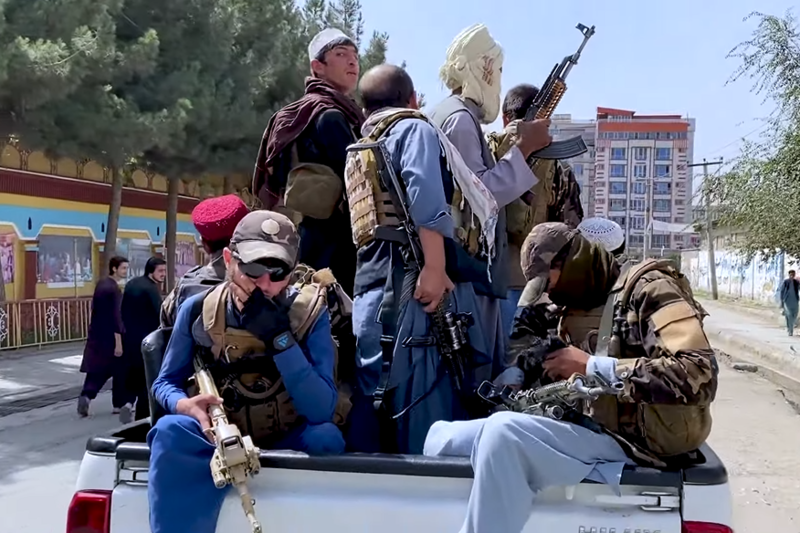 Taliban have not lived up to its commitments: US

Washington: The United States has said it does not believe that the Taliban are capable of implementing the pledges they made in Doha.

"On your first question, there are a number of priorities, a number of enduring commitments we have to the people of Afghanistan. At the top of that list is to use every tool that we have appropriate to see to it that the Taliban lives up to the commitments that it has made publicly, that it has made privately, but most importantly, the commitments that the Taliban has made to its own people, to all of the Afghan people," US State Department Spokesman Ned Price was quoted as saying in a briefing.

"And when we say all of the Afghan people, we mean all. We mean Afghanistan’s women, its girls, its religious minorities, its ethnic minorities. The Taliban has made these commitments; the Taliban, of course, has not lived up to these commitments,"  Price said.

"We have taken every opportunity we have in direct engagement with the Taliban, in working with our partners and allies around the world, to aggressively advocate for the rights of women and girls, as well as minority groups. Rina Amiri, our special envoy, has been focused on this task since she’s been at the department. Tom West, our Special Representative for Afghanistan, has made this a central point in every one of his engagements, direct and indirect, with the Taliban government," he said.

Price said: "It is core to us, as are the other key priorities, that the Taliban – the assurances that the Taliban made to us as well as to the international community that Afghanistan does not become a safe haven for terrorists; that the Taliban will engage in national dialogue towards a government that represents all Afghans; the promise of freedom of movement for those who wish to depart the country."

"And of course, a priority of ours is the safety and, ultimately, the freedom of Mark Frerichs, who has spent years of his life in custody," he added.

Speaking on the condition of minorities in the country, he said: "Well, religious minorities in Afghanistan have faced a complex set of threats not only from the Taliban, which has not shown the tolerance and inclusivity that they have promised privately as well as publicly but most importantly to the Afghan people, but also from the likes of ISIS-K. And the number of attacks that we have seen attributable to ISIS-K against, for example, Shia mosques, Shia worshipers, individuals who were doing nothing more than exercising their universal right to freedom of religion, to freedom of belief, who have been killed in doing so. That is a testament to the threat that is faced by religious minorities in Afghanistan."

He said: "We will continue to see to it that groups like al-Qaida and groups like ISIS-K are not in a position to pose a threat beyond Afghan borders to the United States, to our partners, to our allies; but it’s also incumbent on the Taliban, consistent with the U.S.-Taliban agreement, but also the other commitments they have made to the people of Afghanistan, to do all they can to take on the threat posed by al-Qaida, to take on the threat posed by ISIS-K, not only beyond Afghanistan’s borders but to the very people of Afghanistan, including to its religious minorities."

The Taliban came to power after capturing Kabul on Aug 15 last year.