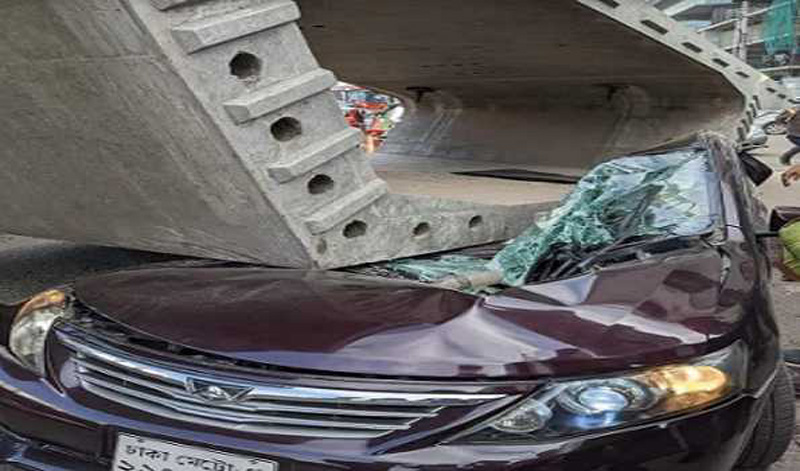 Dhaka: Police have filed a case against the contractor and crane operator for a crash here on Monday which crushed five persons to death and injured two inside a car.

The accident took place on Jasimuddin Road in Uttara area where construction work is going on for the Bus Rapid Transit (BRT)-3 elevated expressway.

The accident happened when the crane lost control while placing a big girder. No arrangement for diverting or stopping the vehicular movement was made during the time the crane was moving the girder.

The China Gezhouba (Group) Corp (CGGC) is the contractor for the project. A case has been filed against it for causing death due to negligence and endangering life and safety of others among others.

The Ministry of Road Transport and Bridges formed a five-member probe panel to probe the accident.