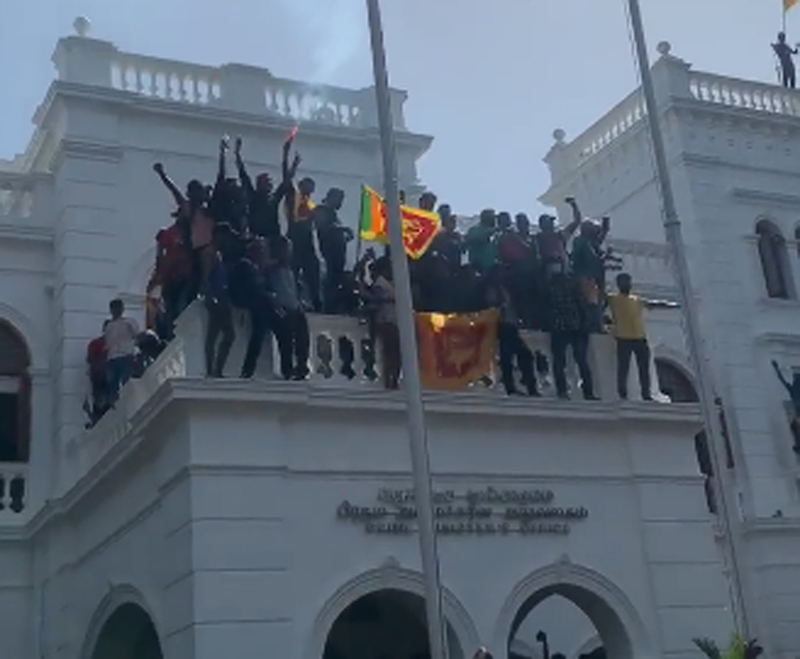 Colombo/UNI: A protester was killed in tear-gassing by security forces and two soldiers were in hospital on Thursday after being seriously injured in attacks by demonstrators in the Sri Lankan capital, media reports and officials said.

A 26-year-old man died from breathing difficulties after police lobbed tear gas at protesters on the streets, BBC reported. The violence on Wednesday also left 84 people injured, most of them in clashes between security forces and protesters trying to take control of the Parliament building.

Prime Minister Ranil Wickremesinghe, appointed the acting president after President Gotabaya Rajapaksa fled the country before dawn on Wednesday, has announced a curfew in the Western Province, which includes Colombo, and ordered security forces to deal with rioters, dubbing a section of them as "fascists".

The decision to elevate Wickremesinghe to the presidency only sparked more protests in Colombo, which has been in turmoil since thousands of demonstrators seized the President's House, the Presidential Secretariat and the office of the Prime Minister on July 9.

The Colombo National Hospital said most of the injured were protesters who were outside either the Prime Minister's office or outside Parliament.

The Sri Lanka Army, meanwhile, said that two soldiers were brutally assaulted by protesters near the Parliament in Battaramulla on Wednesday evening.

“The soldiers were assaulted with iron and wooden poles and had sustained injuries to their heads and faces. They are currently receiving treatment in hospital,” he said.

Brig Premaratne urged the public to be vigilant as violence can be spread by using stolen weapons.

He denied that any policeman or soldier was killed in the Wednesday violence. He told NewsWire that the injured officers were initially in critical condition but were now stable.