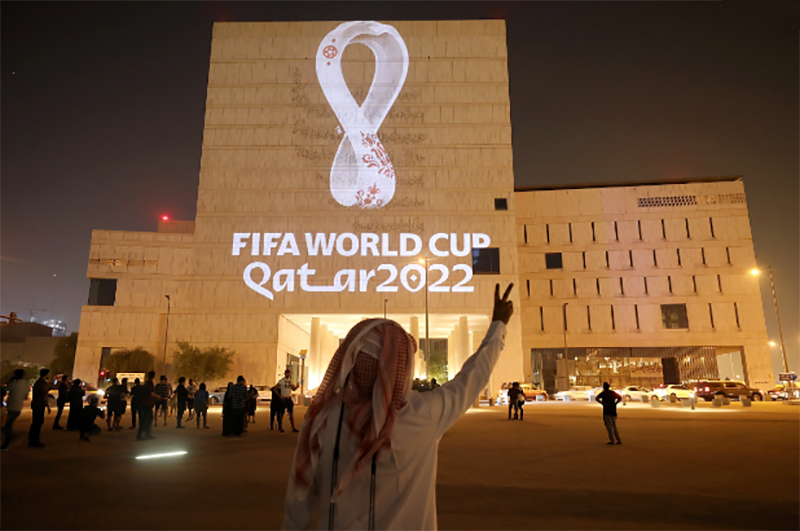 Taipei/Doha: Taiwan's Ministry of Foreign Affairs (MOFA) has said Qatar, the nation which will host World Cup 2022,  had corrected an online application form which had earlier listed Taiwan as part of China.

Following a protest from MOFA Wednesday, "Taiwan, Province of China" has been replaced by "Taiwan" on a dropdown menu on the application website for Qatar's "Hayya" card, which all World Cup spectators are required to apply for, MOFA spokeswoman Joanne Ou was quoted as saying by Focus Taiwan.

"We express our appreciation to the event organizers for their swift response in making the correction and in safeguarding the rights of our nation's fans," Ou added.

Interestingly, the Hayya fan identification card also serves as an entry visa for ticket holders of the grand football event in the Middle East nation.

The first ever Winter World Cup will be played from Nov 21 to Dec 18.

Taiwan's football fans, however, have previously complained that a dropdown menu of nationalities on the Hayya card application system had no listing for Taiwan, but only "Taiwan, Province of China," although it did include the flag of the Republic of China (R.O.C.), Taiwan's official name, reports Focus Taiwan.

Ou on Wednesday asked the organizers to make an immediate correction instead of "belittling Taiwan's sovereign status."

Qatar has no official diplomatic ties with Taiwan and instead recognizes the People's Republic of China, Focus Taiwan reported.

Qatar is the first Middle East nation to host the World Cup.

It is only the second time Asia is hosting the grand event after the 2002 World Cup in South Korea and Japan.