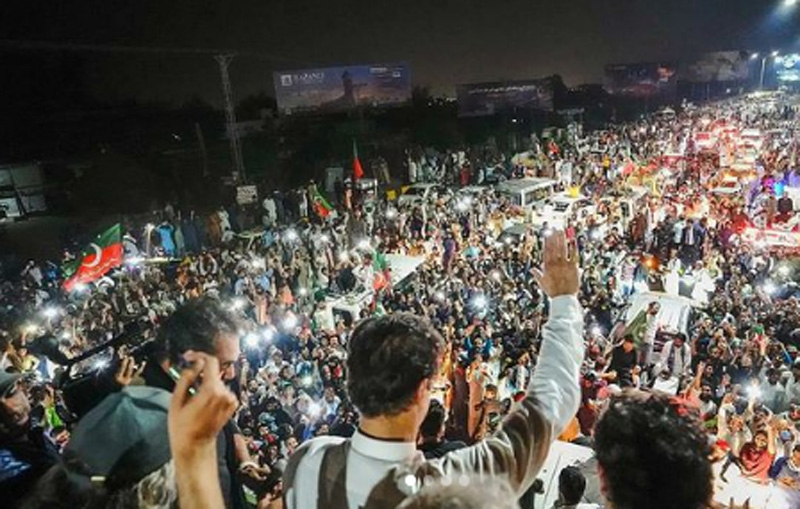 Islamabad: Following the chaos during former Pakistan Prime Minister Imran Khan’s Islamabad rally, the federal government has decided to impose a permanent ban on the entry of rallies and processions in the capital in an attempt to curb disorder, Express Tribune reported on Sunday.

This decision was taken at a meeting chaired by Law Minister Rana Sanaullah, in which the interior ministry and police officials also participated and they decided that rallies or protests would only be allowed after signing a written agreement between the Islamabad administration and the organizers.

“We cannot let miscreants hold the country hostage. Therefore, in future, no riotous long march or procession will be allowed to enter Islamabad,” he added.

The Inspector general of police of Islamabad and Punjab, alongside police officers from the Rawalpindi, Faisalabad, Sheikhupura, and Sargodha districts also attended the meeting.

Earlier, the Islamabad Police on Thursday registered a case against the Pakistan Tehreek-e-Insaf (PTI) Chairman and former Prime Minister Imran Khan and several other PTI leaders in connection with the riots that occurred during his Azadi March.