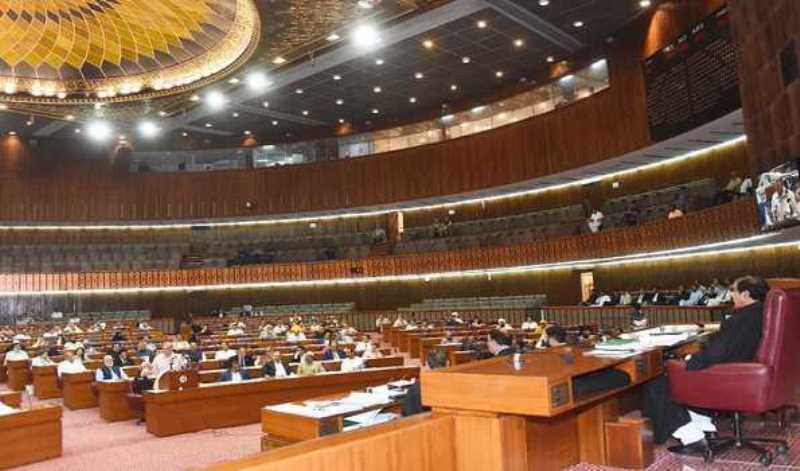 The bills passed by the lower house on Thursday sought to reverse changes made in the election laws by the previous PTI government regarding the use of electronic voting machines (EVMs) and i-voting for overseas Pakistanis and clipping the vast powers of the National Accountability Bureau (NAB).

The bills were presented by Parliamentary Affairs Minister Murtaza Javed Abbasi and Law Minister Azam Nazeer Tarar, respectively, in the Senate, amid the possibility of early elections in the country and a day after PTI chairman Imran Khan abruptly ended his long march by giving a six-day deadline to the government to announce the election date.

Now that both the houses have approved the bill, only the president's assent remains for them to become law.

When Abbasi presented the Elections (Amendment) Bill 2022 amid chants of "no, no" from the opposition, Senate Chairman Sadiq Sanjrani asked whether the bill should be sent to the relevant committee.

To which Tarar replied that the committee had already approved the bill, clarifying that overseas Pakistanis had not been deprived of their voting rights, adding that the Election Commission of Pakistan (ECP) had been asked to ensure their voting rights while assuring secrecy.

Leader of the Opposition in the Senate, Dr Shahzad Waseem, said the opposition would not allow anyone to "rob" overseas Pakistanis of their right to vote or compromise on the use of EVMs.

To which Tarar noted that former science minister Senator Shibli Faraz and former railways minister Azam Swati were part of the Senate panel that had approved the bill, which was contested by Faraz who said the government was trying to give the impression that the bill was acceptable to him, which was based on "mala fide intentions".

Subsequently, when the Senate chairman asked whether the bill should be sent to the committee but the majority of the members answered in the negative, and thereafter, the Elections (Amendment) Bill 2022 was passed by the Senate.

Later during the session, Tarar presented the National Accountability (Second Amendment) Bill 2021 which was also passed.

The session was adjourned till 4pm on Monday.