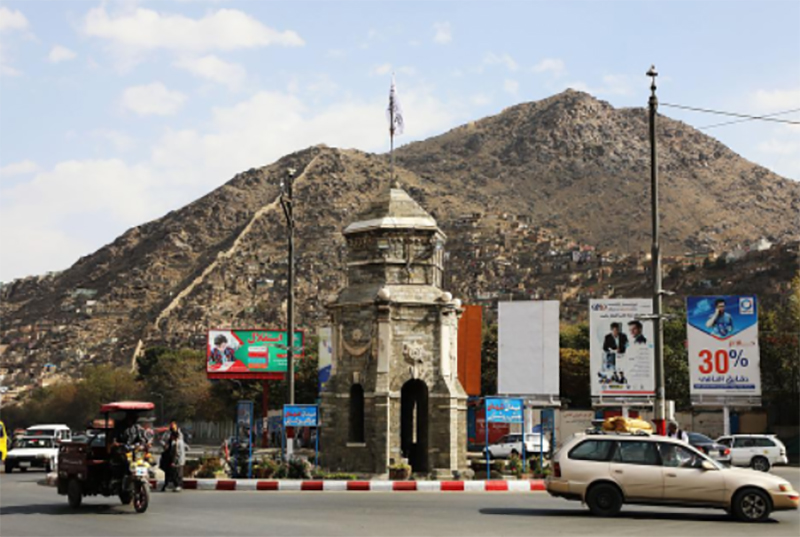 Security forces arrived at the scene after the blast.