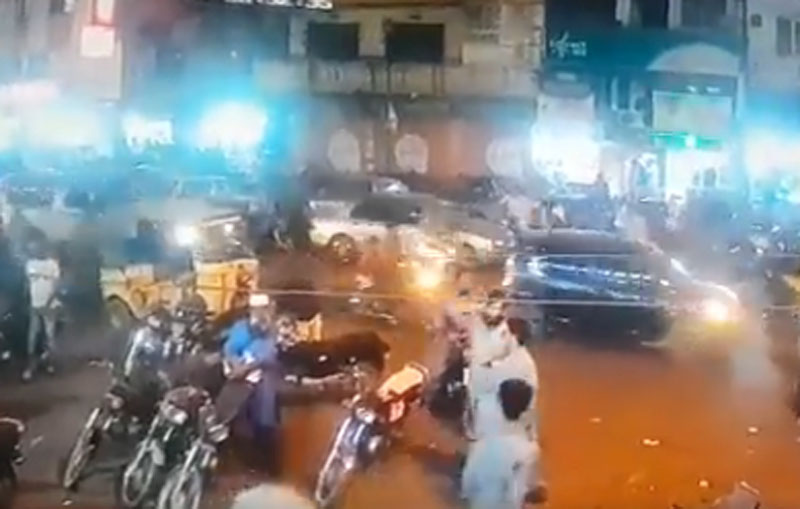 Karachi: At least one person died in a blast in Pakistan's Karachi city on Thursday, media reports said.

The blast left 13 others injured.

According to Deputy Inspector General (DIG) South Sharjeel Kharal, several cars were also damaged during the blast, while the windows of the nearby buildings were shattered, reports Geo News.

An emergency has been imposed in all public hospitals of Karachi, while hospital sources told the news channel that the people brought to the hospital sustained injuries caused by ball-bearings.

Blast reported in Sadder area of Karachi in Pakistan which targeted a Coast Guard vehicle killing one and injuring 14 others. 4 injured remain critical. Many cars in the area destroyed. CCTV footage of the blast. pic.twitter.com/MtMuCijFET

The deceased person was identified as Umar Siddiqui.

Meanwhile, sources told Geo News that a vehicle belonging to the Coast Guard was targeted as it was parked near the site of the blast.

Sources added that all the individuals in the vehicle, as well as the driver, are safe.

According to the Bomb Disposal Squad (BDS) officials, explosive material was planted in the carrier of the bicycle which was detonated using a time device.