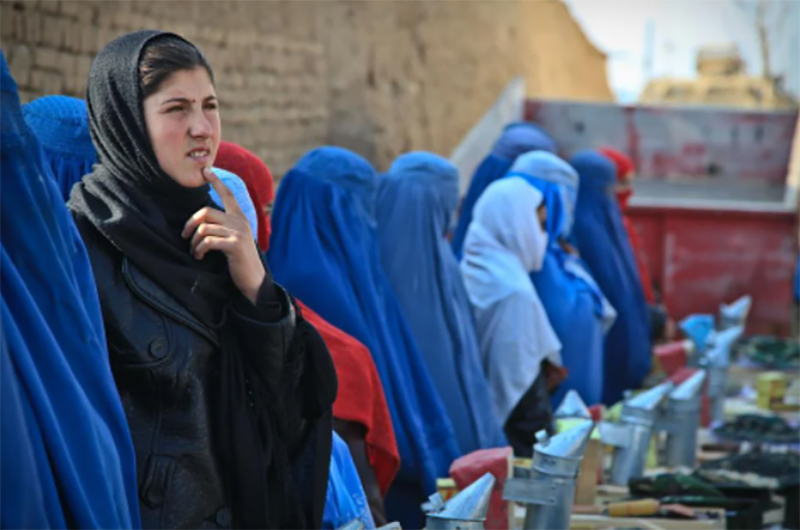 Kabul: The Taliban administration of Afghanistan has issued yet another tough decree by which women of the country need to wear burqa in public.

Any woman who refuses to comply and ignores official warnings to male members of her family could see a male guardian jailed for three days, BBC reported.

The Taliban administration had  enforced the all-encompassing burka during their first stint in power in the 1990s.

However, they had not been enforced in Afghanistan cities after they had forcefully come to power last year.

Many women in Afghanistan already wear the burka but some, particularly in urban areas, just wear a simple covering over their hair, reports BBC.

The latest decree was passed by the Taliban's Ministry for the Prevention of Vice and Promotion of Virtue.