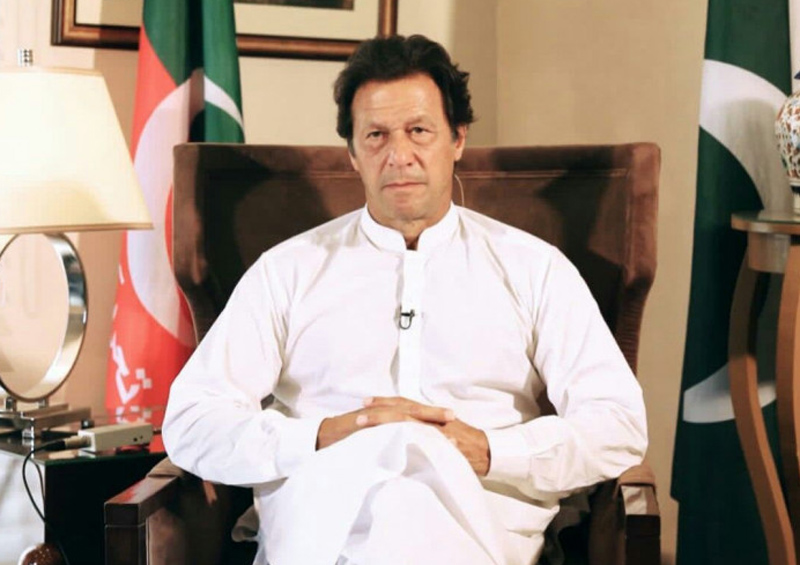 Sanaullah said that both Pakistan Tehreek-e-Insaaf (PTI) chairman and former Interior Minister could be arrested if evidence pointed out to their involvement in sloganeering at the Masjid-i-Nabwi (SAW), ARY News reported.

"No one will be spared in this matter and law will take its course," the minister was quoted as saying.

He said that they would also arrest, not abduct Rasheed if he is found involved in the entire episode, ARY reported.

Sanaullah said, "We have asked the Saudi authorities to deport those who were involved in sloganeering at Masjid e Nabvi (SAW)."

Khan and other top leaders of the previous government have also been booked days after slogans were shouted against Prime Minister Shehbaz Sharif and his delegation during his visit to Saudi Arabia in the Masjid-i-Nabwi's incident.

On Saturday, Khan had distanced himself from the pilgrims who hounded and chanted slogans against PM Sharif and his delegation during their visit to Masjid-e-Nabwi on Thursday, Dawn reported.

Imran said he could 'not even imagine' asking anyone to shout slogans at such a sacred place and that whatever happened at the holy mosque was a spontaneous reaction of the people.

He even claimed that those shouting slogans at PM Sharif couldn't have been PTI workers as 'all' PTI workers in Pakistan and abroad were observing shab-e-dua (night of prayer).

According to the FIR, the incident at Masjid-i-Nabwi was carried out under a "planned and thought out scheme and conspiracy". He said that his claims were supported by the videos that are being shared on electronic and social media as well as through speeches made by certain PTI leaders, Dawn reported.