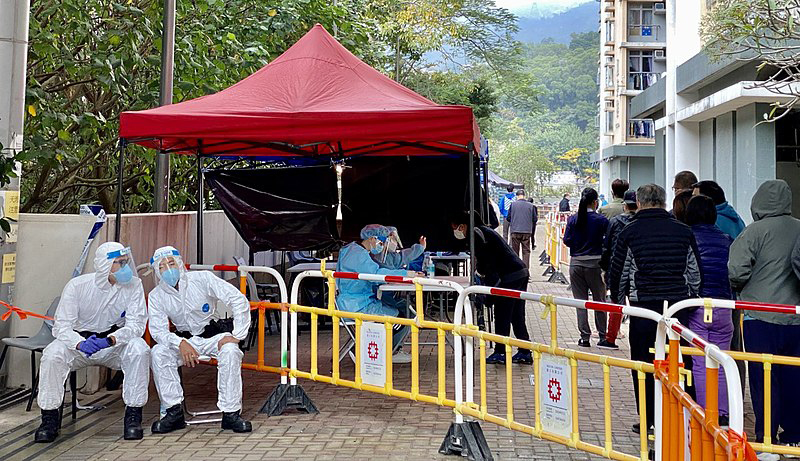 Beijing: Authorities in the Chinese city of Beijing have closed schools and suspended weddings and funerals in a bid to avoid imposing Shanghai-style Covid lockdown in the city.

Shanghai has been put under lockdown for several weeks now.

Fears that Beijing could soon be in lockdown have already prompted widespread stockpiling, leading to shortages in some supermarkets, reports The Guardian.

The city’s Education Bureau ordered all city schools to end classes from Friday and said it had not determined when they would be able to resume, the newspaper reported.

Meanwhile, people in Shanghai have started to protest against the imposition of a lockdown.

Residents have been banging pans and shouting from the windows of their homes, to protest against the government enforced lockdown in Shanghai, reports BBC.

The Chinese government has been following zero-COVID policy ever since the pandemic started.

Criticism of the government is rare in China, but residents said they have struggled to access food supplies, while others have been temporarily evacuated from their homes so they can be disinfected, BBC reported.