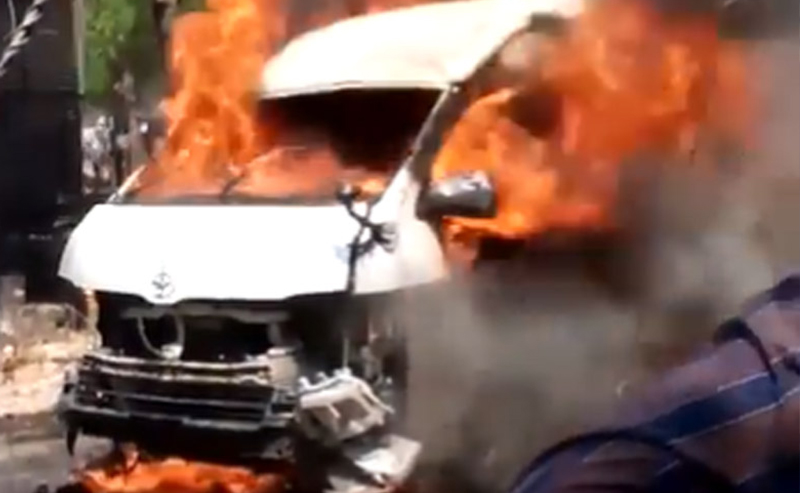 Video footage of the attack has also surfaced on social media.

The BLA claimed the suicide attack was carried out by a woman suicide bomber.

The explosion occurred at 1:52pm in a van near the Confucius Institute — a Chinese language teaching centre at Karachi University, Geo News reported.

Rescue and security agencies rushed to the spot after the blast.

The deceased Chinese nationals have been identified as the director of the Confucius Institute Huang Guiping, Ding Mupeng, Chen Sai, and their Pakistani driver, Khalid, reports Geo News.

Police sources told the Pakistani news channel that there were seven to eight people in the van; however, an exact number of casualties is yet to be determined.

Pakistan PM Shehbaz Sharif mourned the death of the Chinese nationals and tweeted: "I am deeply grieved on the loss of precious lives including of our Chinese friends in the heinous attack in Karachi today. My heartfelt condolences go to the bereaved families. I strongly condemn this cowardly act of terrorism. The perpetrators will surely be brought to justice."