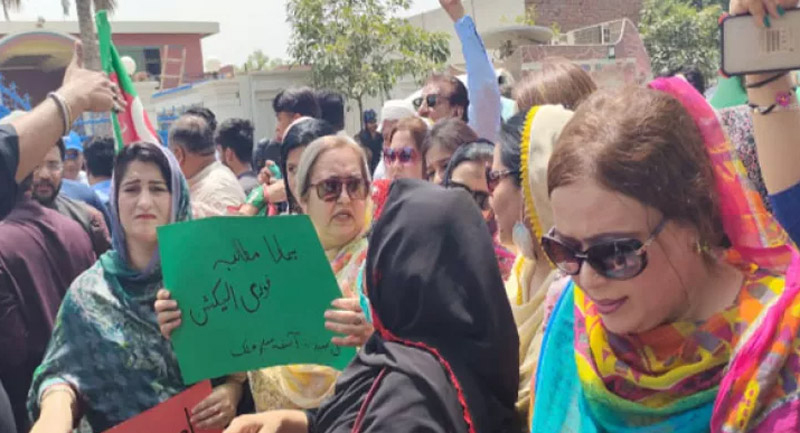 Islamabad: Members of the Pakistan Tehreek-i-Insaf (PTI) held protests in front of the offices of the Election Commission of Pakistan (ECP) across the country on Tuesday, against what they called the alleged biased conduct of Chief Election Commissioner Sikandar Sultan Raja, Dawn reported.

The protests were held in all the main cities like Karachi, Lahore, Islamabad, Peshawar, Gujrat and Faisalabad, among others.

PTI lawmakers from the Khyber Pakhtunkhwa Assembly, including Zahir Shah and Abdul Salam, were among the protesters, who raised slogans against the CEC, calling him biased.

They questioned as to why only the PTI's funding was being investigated while other parties were not facing similar probes.

The protest ended in Peshawar around 1pm.