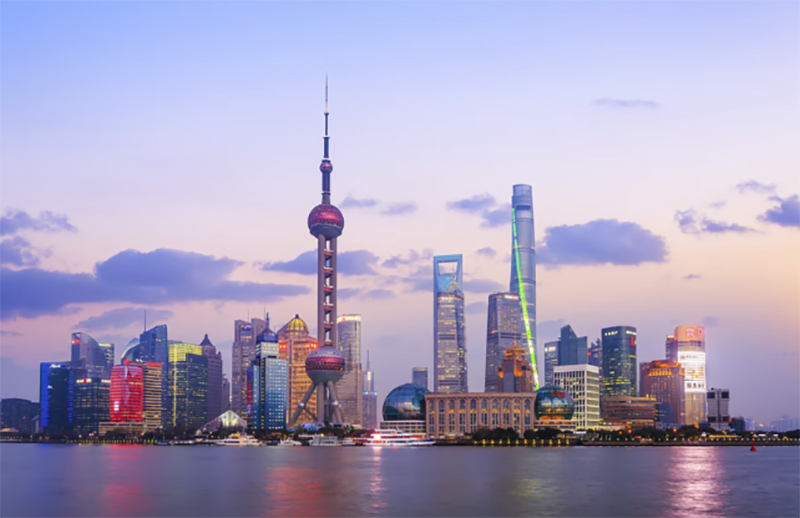 Shanghai(China): The residents of China's business hub Shanghai are resorting to bartering as a prolonged lockdown has choked their access to daily necessities and essential commodities, media reports said.

They are exchanging food items like wine, bread, and ice cream due to disrupted logistics and lack of couriers to deliver supplies to residents, Bloomberg reported.

Shanghai, a city of 25 million, is grappling with sweeping restrictions on movement aimed at stopping the spread of highly infectious Omicron variants.

The shortages are widespread and there is no relief in sight as the lockdown entered its fourth week.

Many people are informing about their excess stock on the social media platform WeChat and exchanging with others who have something they need, said the Bloomberg report.

Once agreed upon, one person leaves their side of the trade at their doorstep, and the other person picks up and leaves behind what they’ve agreed to barter.

People from all walks of life are doing this, bartering something they had bought in excess ahead of the lockdown.

Amanda Wu, a Shanghai-based investment manager with a 12-month-old baby, recently traded three cannisters of infant formula she’d purchased before the lockdown to a neighbor for vegetables and yogurt, the Bloomberg report stated.

Kevin Lin, a 26-year-old barber, offered to exchange with neighbours, tissue paper, which he had bought in plenty before the lockdown was clamped, with instant noodles. Within five minutes of sharing his offer, he was offered flavors of noodles ranging from braised beef to spicy Sichuan, the report said.

People are not ready to accept cash for necessities. The report said that people are ready to give away their excess supplies for free rather than sell them for money.

“Money itself has somehow fallen in value,” Stefanie Ge, a small content creation company in Shanghai, was quoted as saying by Bloomberg.

“Good relationships and contacts on the other hand are more important than ever,” she added.

Sharon Cai, an accountant in her 40s living in Shanghai’s Pudong district, traded homemade bread for carrots and garlic - had given her a sense of community, said the report.

“Covid has brought so many ridiculous experiences ....but at least there’s been one happy thing. It’s made me feel like a neighbor,” she was quoted as saying by Bloomberg.