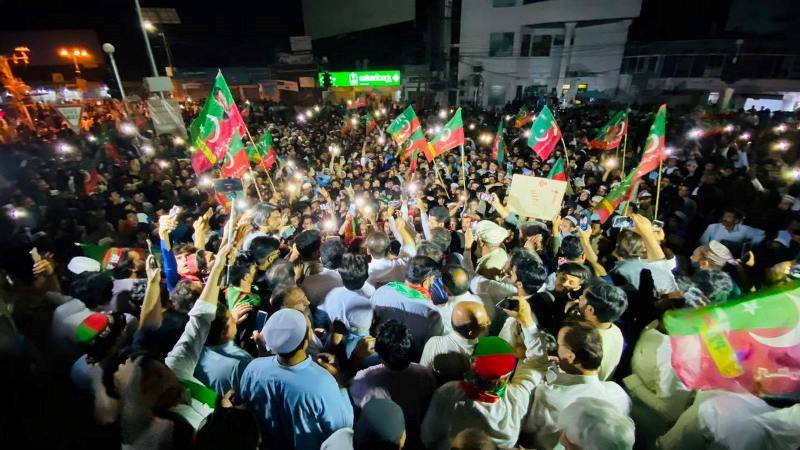 Mirpurkhas, Pakistan: Workers of Pakistan Tehreek-i-Insaf (PTI) gathered at main squares and roundabouts in several Sindh towns on Monday to resume their protest against the installation of ‘imported government’ at Centre.

In Mirpurkhas, police averted a clash between workers of the two parties, when they came close to each other and were on the brink of launching into a fully-fledged brawl at Post Office Chowk on Sunday night, The Dawn reported.

Hundreds of workers and local leaders of PTI, including Aftab Qureshi and Mumtaz Ali Shah arrived at the Chowk in big processions to stage a protest over removal of Imran Khan while PPP workers also reached there to celebrate victory of the opposition in no-trust motion, the newspaper reported.

As the two sides came face to face with each other they raised slogans in support of their leaders and traded allegations, which tensed the situation and made it highly explosive.

The two sides were working up rage as PTI kept shouting charged slogans against opposition parties’ leaders while PPP workers danced to the tune of party anthems to taunt their rivals, when heavy contingents of police moved in to separate the rival workers and dispersed them to avert a possible clash.

Rangers personnel were later deployed at the chowk.