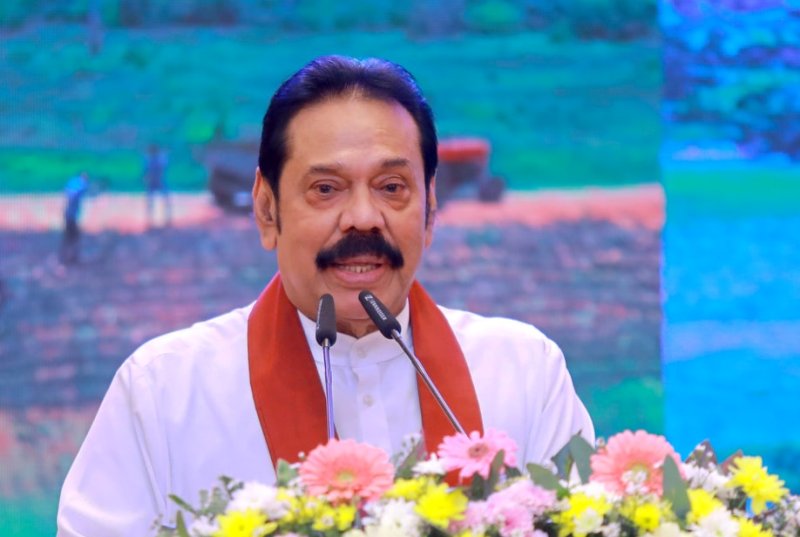 Colombo/IBNS:  Sri Lanka Prime Minister Mahinda Rajapaksa, who is facing raging protests in the country amid the worst economic crisis, on Monday explained that the Covid lockdown in a weak economy depleted foreign reserves resulting in the present situation.

"We are facing this crisis, right after being faced with the pandemic. Despite knowing the country's economy going down, we had to impose a lockdown and that's why our foreign reserves depleted," said Prime Minister Mahinda Rajapaksa, who is the elder brother of President Gotabaya Rajapaksa, addressing the nation.

"The President and I are spending every moment to formulate solutions on how to get Sri Lanka out of this current crisis," he said.

The situation has deepened the political crisis in Sri Lanka which is reeling under the worst economic crisis since its independence in 1948.

As the country grapples with power cuts and shortages due to an economic and foreign exchange crisis, mass protests are being carried out demanding Rajapaksa's resignation.

In his address on Monday, the Prime Minister also appealed to the protesters to end their anti-government agitation and said that every minute spent on the streets deprives the island nation of dollar inflow.

"After winning the war in 2010 we won the election, people forgot the story. But I remember. I promise there will never be rolling blackouts in the future. We made a proposal to the powerplant, former government didn't support our proposal, they are responsible for it," said the Prime Minister.

The address of the Prime Minister came hours after Opposition Leader Sajith Premadasa alleged that the poor economic policies of the government had contributed to the country's economic crisis.