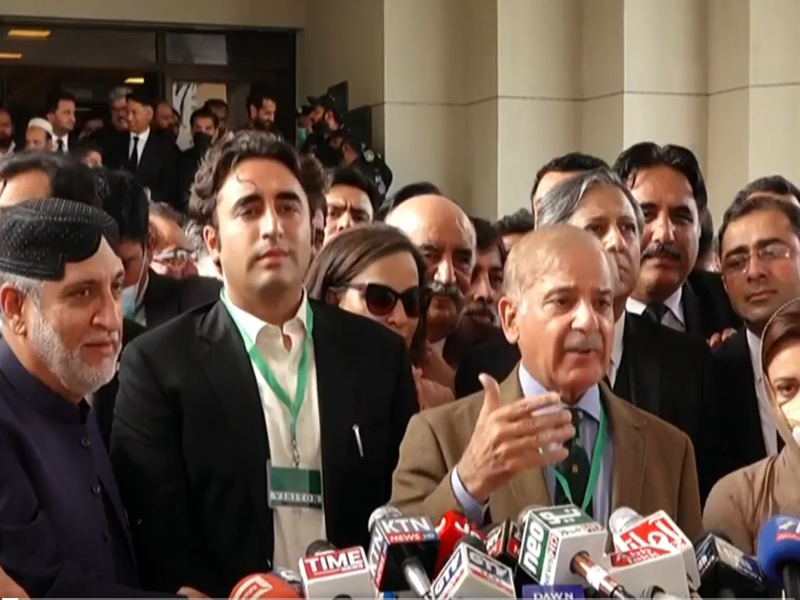 Islamabad: PML-N president Shehbaz Sharif and PTI's Shah Mahmood Quereshi filed their nomination on Sunday to be next Prime Minister of Pakistan.

This comes after the opposition's no-trust motion against Imran Khan succeeded an hour past midnight on Sunday, with 174 members in the 342-strong house voting in favour of the resolution.

The National Assembly session for electing the new premier will be held at 2pm on Monday.

On March 28, Sharif, joint Opposition's candidate for prime minister, had tabled the motion in the Assembly against then PM Imran Khan.

The voting on the no-confidence took place after the NA debated on the matter for over 12 hours and the political situation in the country took a critical turn.

Imran Khan became the first Pakistani PM to be thrown out in this manner. No PM has completed their term in Pakistan's political history, but Imran Khan is the first prime minister to be removed by a vote of no-confidence.

He was in power for three years and eight months.

Though the Parliamentary elections in Pakistan are not due until August 2023, the opposition has insisted on conducting early elections.