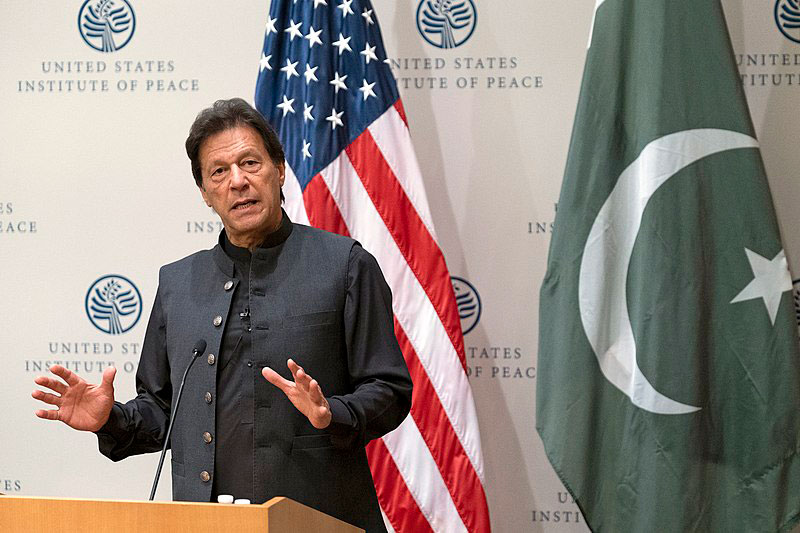 Washington: The United State has rejected Pakistan Prime Minister Imran Khan's allegation that Washington played a role in an alleged "foreign conspiracy" to oust him from power.

Briefing the media, White House Director of Communications Kate Bedingfield said: "There is absolutely no truth to that allegation."

Pakistan Prime Minister Imran Khan, who is on the verge of losing his post after failing to prove a majority in the assembly, on Thursday urged the youth of the nation to not "crawl like ants" and alleged that "three stooges" working with foreign powers want to oust him of power.

He also vowed to fight till the end, saying: "Allah has given my strength to fight and I will. I have come here after a lot of struggle."

Starting his address, he said: "I want the youth to listen to me carefully. When Allah has given you wings, why are acting like acts on grounds? God has given us the level of an angel."

"We worship fear. We worship money. We humans act like ants. I've seen the ups and downs of Pakistan. When I was in school, good examples of Pakistan were given to countries. South Korea also has come to Pakistan. But I've also seen it come down," he added.

Khan, who was a famous cricketer, said he chose to enter politics to "realise the vision of our founders".

The resolution against Khan was tabled by the Leader of the Opposition in the National Assembly Shehbaz Sharif on March 28 and it was approved for debate the very same day.

Addressing the people of Pakistan, ahead of the no-confidence motion, Imran claimed a foreign nation sent a message that Imran Khan needs to be removed else the country will suffer consequences."

"The United States", Imran Khan said in a slip of the tongue and then stated that "a foreign country" had sent a "threatening memo" which was against the Pakistani nation, reports ANI.