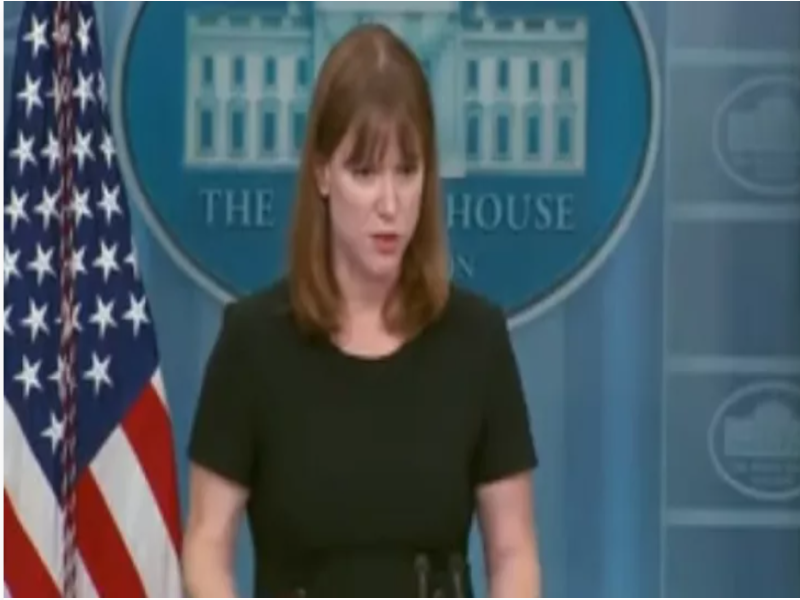 Absolutely no truth in Imran's allegations: US

Washington/UNI: The White House on Thursday strongly denied the accusations of Pakistan Prime Minister Imran Khan that foreign agencies are behind the attempts to destabilize his government.

In a briefing, White House communications director Kate Bedingfield said that "there is absolutely no truth to that allegation."

Addressing the nation on Thursday evening, Imran seemingly made a deliberate attempt at faking a slip of tongue and said "the US... I mean... a foreign power" was angered at our independent foreign policy.

US State Department Spokesman Ned Price too denied the allegations.

"We are closely following developments in Pakistan and support its Constitution and rule of law. There is no truth to those allegations," he said.

Addressing the country, Imran Khan said, "People told me to resign. I want to tell, in cricket, I fought till the last ball. Whatever may be the outcome, I will emerge even more powerful."

Terming his political opponents as "traitors", Imran said the coming generations will never forgive them for "what's going to happen on Sunday in National Assembly."

He asked people to "keep in mind the face of each and every traitor, on coming Sunday." I know how to fight. I will never allow this conspiracy to succeed, added Imran.

"Three stooges sitting here are working for foreign powers, they want me to be ousted and want a certain person to replace me," he further said.

The Pakistan Prime Minister said that he always worked for a strong independent foreign policy where the people of Pakistan come first.

The relations between Pakistan and the United States have been strained lately particularly due to Imran Khan's visit to Russia in the initial phase of Russia-Ukraine military conflict and Pakistan's growing alignment and proximity with China.