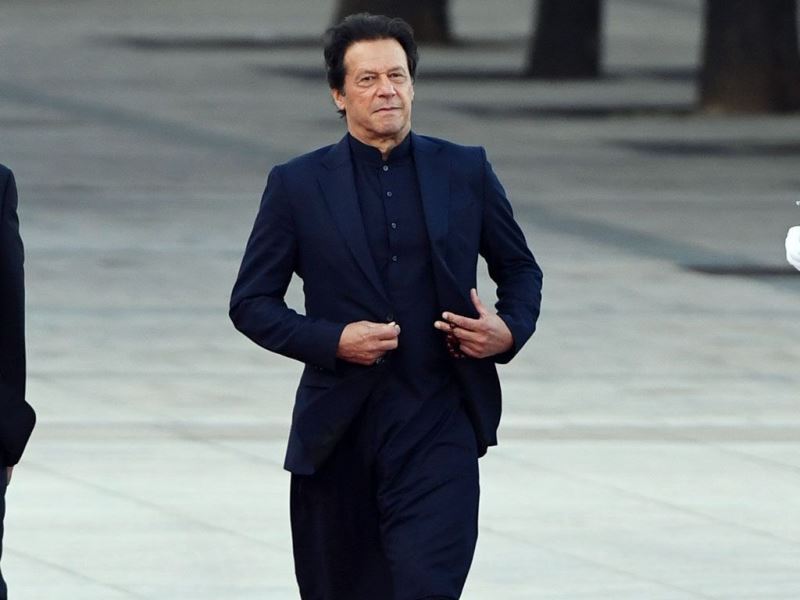 Islamabad: Pakistan PM Imran Khan is all set to lose his majority after the Pakistan Tehreek-e-Insaf (PTI) government's key ally and coalition partner  Muttahida Qaumi Movement Pakistan (MQM) decided to desert him and join hands with the Opposition.

Imran Khan received a major blow just days ahead of the voting in the no-confidence motion brought against his government.

Following the development, the government has lost the majority in the lower house and the no-confidence motion against PM Imran Khan — on which the NA is expected to vote on April 3 — will likely be successful, reports Geo News.

With 177 members, the Opposition now has more numbers in the National Assembly and they do not need the support of disgruntled PTI MNAs. On the other hand, the government is left with the support of only 164 members of parliament.

The MQM-P's decision to side with the Opposition came after both sides signed a draft prepared by Administrator Karachi Murtaza Wahab, sources told Geo News.

PPP Chairman Bilawal Bhutto-Zardari, meanwhile, confirmed the development related to MQM agreement and tweeted: "The united opposition and MQM have reached an agreement. Rabta committee MQM & PPP CEC will ratify said agreement. We will then share details with the media in a press conference tomorrow IA. Congratulations Pakistan."

The united opposition and MQM have reached an agreement. Rabta committee MQM & PPP CEC will ratify said agreement. We will then share details with the media in a press conference tomorrow IA. Congratulations Pakistan.

Imran Khan has directed PTI's members of the National Assembly (MNAs) to either abstain from voting or not attend the session when the no-confidence motion against him is on the agenda.

In a letter to the PTI MNAs, the prime minister, who is the party's chairman, was quoted as saying by Geo News: "All the members of the [PTI] in the National Assembly shall abstain from voting/not attend the meeting of the National Assembly on the date when the said resolution is set out on the agenda."