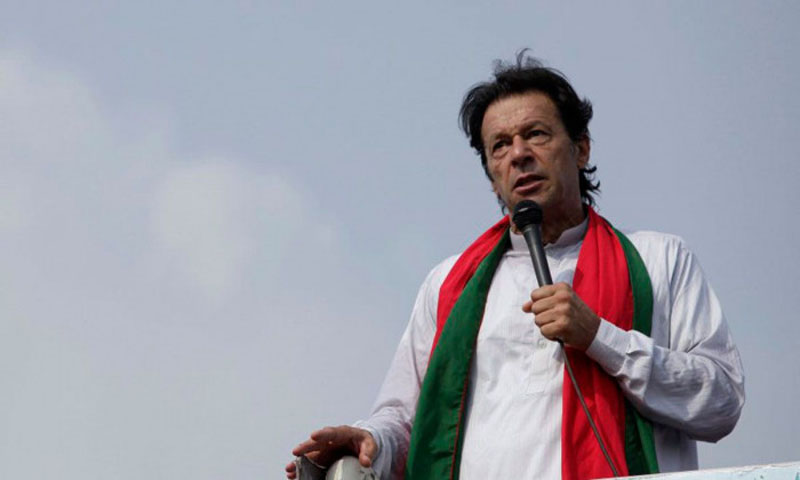 Pakistan: Imran Khan claims foreign powers are behind ‘conspiracy’ to overthrow his govt

Islamabad: Pakistan PM Imran Khan on Sunday said foreign powers were involved in the ‘conspiracy’ to send his coalition government at the Centre packing through a no-confidence motion tabled by the country’s joint opposition.

While addressing a rally in Islamabad ahead of the  no-trust voting, PM Imran said foreign elements are using local politicians and using money to “mend the country’s foreign policy”.

“I rarely write my speeches… but I wrote this speech today so that I don’t get emotional and say anything which can affect our foreign policy,” Khan was quoted as saying by The Express Tribune.

PM Imran said his government received the threat in written form and asserted he had all the evidence to prove his claims which he said he will unveil at the “right time”.

“Our country received threats due to the acts of previous leaders… the governments in Pakistan had been changed with the help of locals… when Zulfikar Ali Bhutto tried to make independent foreign policy… parties of Fazlur Rehman and ‘absconder’ Nawaz Sharif launched a movement against him and later Bhutto was executed,” said the PM.

Prime Minister @ImranKhanPTI takes a promise from his nation that this nation won’t allow any one to compromise on the sovereignty of the state #IamImranKhan pic.twitter.com/UD4gL2Baa8

The PM targeted the PPP leadership and said Bilawal Bhutto and Asif Zardari have formed alliance with those elements involved in the execution of their party founder.

“Today foreign elements are trying to affect our foreign policy agian… we know the elements who united the killers and the victims… today the time has changed and there is a saying in English you only cross the river once… this is an age of social media where you cannot hide anything," Khan said.