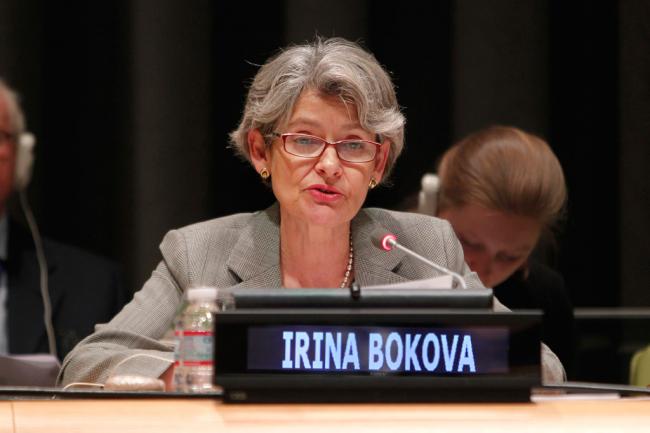 India Blooms News Service | | 19 May 2015, 09:20 am
#UNESCO chief condemns killing of Bangladeshi blogger Ananta Bijoy Das
New York, May 19 (IBNS): The head of the United Nations agency with a mandate to defend freedom of expression and press freedom worldwide on Monday voiced grave concern about the safety of citizen journalists in Bangladesh following the killing of blogger Ananta Bijoy Das on 12 May.

“I condemn the murder of Ananta Bijoy Das and call on the authorities to ensure that those responsible for this killing are brought to justice,” said UNESCO Director-General, Irina Bokova, in a statement from Paris.

Das, 33, was killed by four masked men on a street in the northeastern city of Sylhet in broad daylight.

The blogger had contributed to the Mukto-Mona (Free Thought) website created by Avijit Roy, a United States blogger of Bangladeshi origin, who was murdered during a visit to Dhaka on 26 February. Ms. Das also wrote for the quarterly Jukti (Logic).

The Director-General of UNESCO issues statements on the killing of media workers in line with Resolution 29 adopted by UNESCO Member States at the Organization's General Conference of 1997, entitled “Condemnation of Violence against Journalists.”

These statements are posted on a dedicated webpage, UNESCO condemns the killing of journalists.