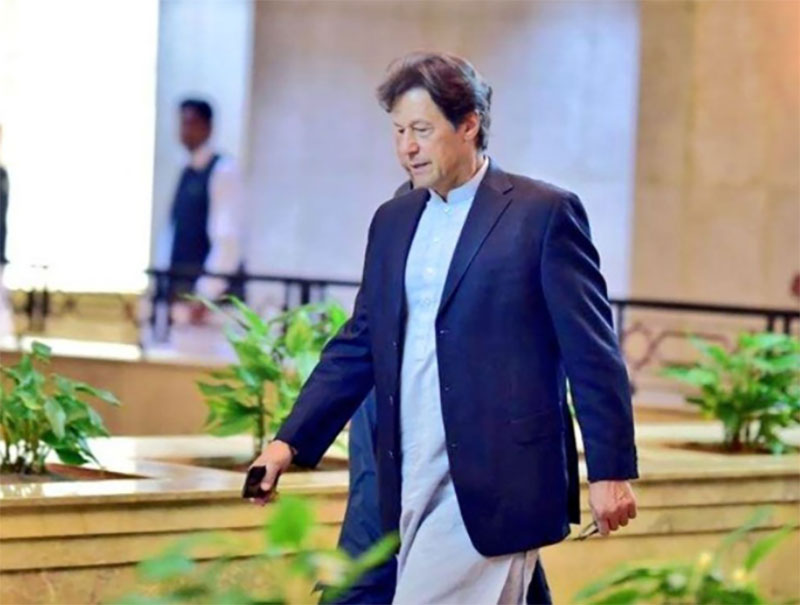 A total of 86 lawmakers from the Opposition parties have signed the no-confidence motion, sources told Geo News

Pakistan Prime Minister Imran Khan on Sunday lashed out at the opposition leaders over the hype created around the no-trust motion and said he is fully prepared to tackle the moves made by a ‘bunch of thieves’.

Addressing a huge public gathering in Mailsi here on Sunday, the Prime Minister said that he had entered politics some 25 years ago to confront these 'corrupt elements' and he would continue to face them.

The prime minister challenged them to introduce the no-confidence motion in the parliament, declaring that after its failure, they would have to face the consequences, reports The News International.

The prime minister said the people behind the no-confidence move were Nawaz Sharif, Asif Zardari and Maulana Fazlur Rehman.