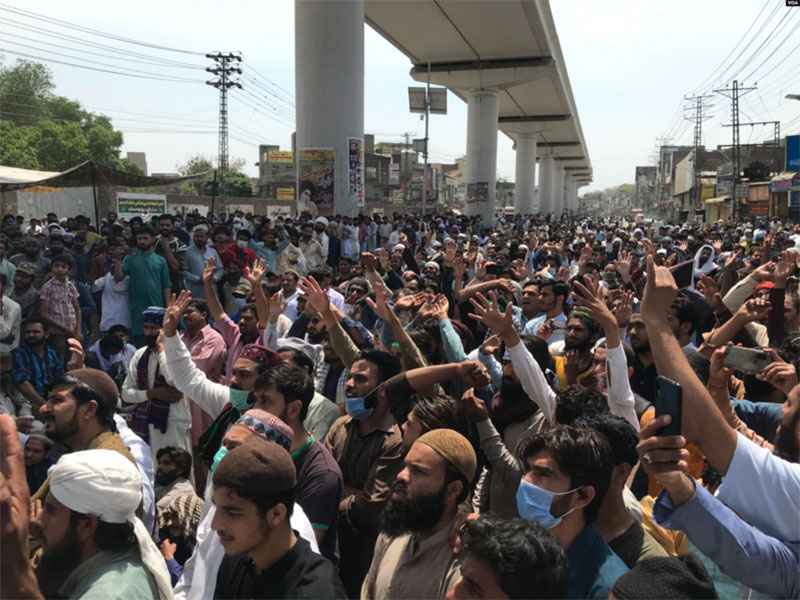 Pakistan: Farmers continue their protest in Lahore over unavailability of fertiliser, other issues

Lahore, Pakistan: Farmers vowed to continue their protest against exorbitant hike in petroleum prices, unavailability of fertiliser and higher prices of the compost as police thrashed and arrested hundreds of them at the southern entrance of the Lahore city in Pakistan on Thursday, media reports said.

Members of the Kisan Board Pakistan, a body representing smallholder farmers belonging to various districts assembled at Thokar Niaz Beg in the morning and staged a sit-in, blocking the Multan Road to press the government for their demands, reports Dawn News.

Police baton-charged and arrested 200 of the sit-in participants in their attempt to disperse the crowd.

However, their attempt failed.

Later, the district administration requested the protesters to give some way to the traffic with the promise of releasing their arrested colleagues. The talks for the release of them were continuing late in the evening, reports Dawn News.

KBP vice-president Amanullah Chattha told Dawn News they will stage the sit-in for an indefinite period if their colleagues are not released.

Justifying the protest, he says an increase of over Rs10 per litre in the petroleum products prices at a time when fertiliser is being sold at historically higher rate in the country, is tantamount to rubbing salt into wounds of the farming community.