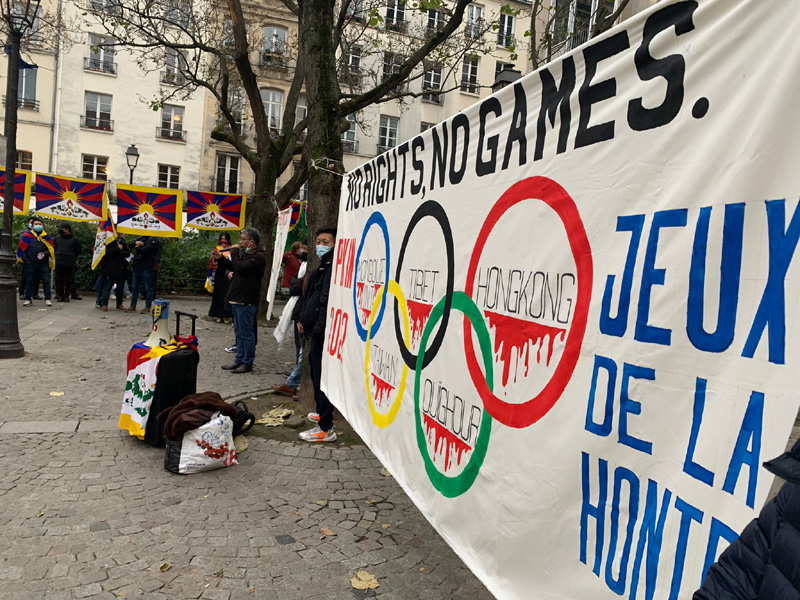 Vienna: Save Tibet organization held a rally in Austria to boycott the 2022 Beijing Winter Olympics over human rights violations.

The event was supported by the Tibetan community in Austria and the Uyghur association in Austria. A group of 30-40 Tibetans and Uyghurs were present in the protest rally, reports ANI.

The participants carried placards during the protest that read, “Stop culture genocide in Tibet, Tibet belongs to Tibetans, #No Beijing 2022 #No Olympics Oath”.

Tibetan filmmaker Dhondup Wangchen, who was imprisoned in China for years, participated in the rally and criticized Vienna for not taking part in the diplomatic boycott of the Beijing Olympics.

Dhondup said that in 2008 the International Olympic Committee (IOC) illegally gave the Olympics to China.

He said the  IOC illegally gave the Winter Olympics to China as well.